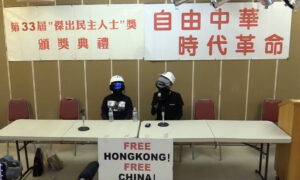 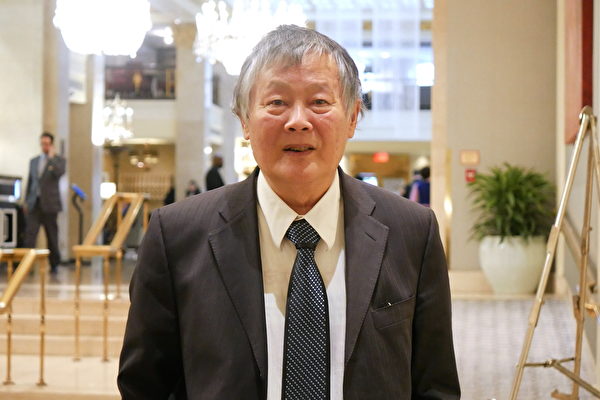 Wei Jingsheng: US Attitude Pivotal to Outcome of the Hong Kong Movement

Famous Chinese dissident Wei Jingsheng said that if Hong Kong’s pro-democracy movement succeeds, it will spread to China, and the mainland could undergo a peaceful transition from Communist Party rule to a democratic political system. However, if Hong Kong’s movement is quelled by the Chinese Communist Party (CCP), the failure will also cause severe harm to the United States.

Wei participated in an event organized by the Victims of Communism Memorial Foundation in Washington D.C. on Nov. 8, commemorating the 30th anniversary of the fall of the Berlin Wall.

During a panel discussion, Wei pointed out that former U.S. President George H.W. Bush was very wrong in his appeasement policy when a pro-democracy student movement was crushed in Beijing in 1989. His decision amounted to lending indirect support to China’s massacre thirty years ago.

“Before Deng Xiaoping issued the order to open fire at protesters, his biggest concern was the attitude of the Western democratic camp. Chinese troops dispatched from other areas were located near Beijing for a long time but did not move, because Deng was hesitating—worried about how the United States would react,” Wei said.

“President George Bush Sr.’s speech indicating he had no intention of interfering in China’s internal affairs, and his replacement of the pro-democracy U.S. ambassador in China, sent a clear message to Deng, which was equivalent to supporting the Tiananmen massacre.”

During an interview with the Chinese-language edition of The Epoch Times, Wei said he is deeply concerned about the pro-democracy protesters in Hong Kong.

“Hong Kong’s situation is critical right now. The CCP is trying every means to defame the protesters and to create an excuse for using violent suppression.”

He added that there is solid evidence indicating that the CCP has selected mainland police officers and sent them to Hong Kong to use violence against the protesters.

Wei believes that the United States and the international community are now facing a major test for a second time.

“Once again, Chinese people are risking their lives to fight for freedom and democracy in Hong Kong. The determination of the Hong Kong people and the stubbornness of the Communist Party are two factors that won’t change. Among the variable factors, the most crucial element that will determine the final outcome, is the attitude of the United States and its Western allies.”

Wei called on the U.S. government to make the correct choice this time, saying that Washington’s attitude would have a miraculous effect, as described by a famous Chinese idiom— “tiny effort produces great accomplishment,” because the attitude of the United States is pivotal to resolving the crisis in Hong Kong.

He also pointed out that today’s Hong Kong is China’s Berlin, and Hongkongers are at the forefront of China’s democratic movement.

“If Hongkongers succeed in their democratic efforts, it will definitely spread to mainland China. That is why the CCP wants to suppress the protests at all cost.”

According to Wei, Hong Kong protesters’ victory would likely bring an enormous change to mainland China, even leading to a peaceful transition from a communist country to a democratic political system.