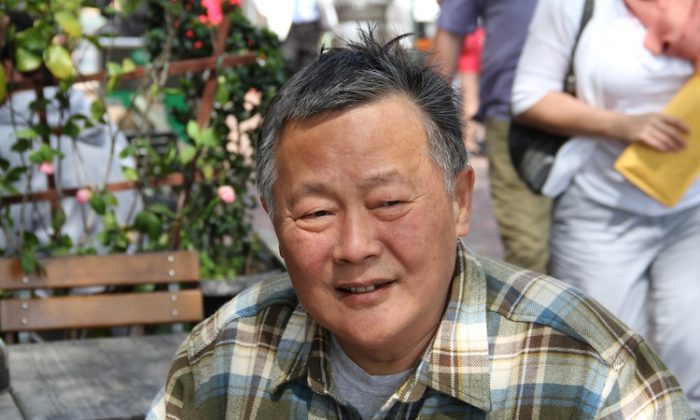 WASHINGTON—In 1997, after suffering a total of 18 years of torture and detention for pursuing democracy in China, activist Wei Jingsheng was suddenly released and exiled to America; a result of negotiations by then-President Bill Clinton. Today he is the most recognized Chinese human rights and democracy activist, a winner of many human rights awards and chairman of the Overseas Chinese Democracy Coalition. He now lives in Washington, D.C., and spoke with The Epoch Times about significant political upheavals presently occurring in China.

The Epoch Times: Mr. Wei, How do you view the events going on in China now after former Chongqing chief of police, Wang Lijun’s attempted defection at the U.S. Consulate, the sacking of Chongqing Party chief Bo Xilai, and the marginalization of Zhou Yongkang, head of the Political and Legislative Affairs Committee (PLAC) and member of the Politburo Standing Committee?

Wei Jingsheng: Initially, the conflict within the Chinese Communist Party was just the normal daily stuff; they do this all the time, this infighting. The issue is with this person, Wang Lijun, running into the American Consulate. Now the whole issue has become publicized and even escalated, so now it affects the rule of the Communist Party.

Epoch Times: Was there a coup and a push to stop Xi Jinping from becoming the next leader?

Mr. Wei: Yes. It is also because of this that Zhou Yongkang’s relationship with Xi Jinping has deteriorated, which affects the whole picture of the Communist leadership.

Epoch Times: How do you understand the current position of the Zhou Yongkang faction?

Mr. Wei: Jiang Zemin’s faction has already started falling apart. There are some people with new thoughts and some people are still old-fashioned—they are even split within themselves. So now, even within their factions it becomes very tricky and different people move to different sides. This situation we call it “reshuffling of the cards.”

It is very complicated. Zhou has been in charge of this PLAC for a long time. Under this committee he is in charge of the police, the armed police, the court, and also the prosecutor. But now he is in trouble, or even before he is in trouble, some people are already not willing to listen to him. In particular, one of the branches of the strong military police has not listened to him and the head of that branch is a close associate to Xi Jinping, so of course he would not listen to Zhou. However the official commander of the military police belongs to Zhou Yongkang. So now with this complication, Hu Jintao is very nervous that there will be riots or a coup attempt out of this.

Epoch Times: Is this the end of Zhou Yongkang’s career?

Mr. Wei: Yes, it is coming to the end point, but he may make a last strike for his life. So Hu Jintao is really worried because if Zhou makes a last strike and there is indeed a coup, then it will be very hard to control.

Mr. Wei: To the Chinese people, this is described as “using a corn stalk to beat up a wolf.” The wolf is scared and you are very scared too [laughing]. So it is very hard to predict what the final result will be. As a matter of fact, nobody is sure who controls which branch of the army and there is a rumor that Zhou Yongkang has already arrested the relatives of Premier Wen Jiabao. So now you don’t know what will come out of this mess. But from our perspective, regardless of who beats up who, when the Communist Party is in chaos it is likely for the better.

Epoch Times: Taken that it is difficult to get the facts about what is going on in China, how important is rumor as a source of information?

Mr. Wei: In a country where the correct information is blocked intentionally, then rumor becomes a more reliable source of information than no information at all. Just like the saying: “If I can’t have the best food, I will not eat anything at all.” Well then, this person might as well starve.

Epoch Times: What should the Chinese people seek after the CCP ends?

Mr. Wei: The goal for the Chinese people is very clear: we want a democratic system similar to Western countries. They may not have to be as specific as what democracy is or how it would be.  It is like they want apples; they want to eat apples. Apples look like the Westerner’s, but which variety and what color, that is not really as important. After you get apples, you get a clearer idea which kind of apple you prefer, but right now there are no apples for them to eat.

Epoch Times: How do you think Chinese democracy will be different from in the West?

Mr. Wei:  I think a Chinese democracy will most likely be in the form of the United States and maybe even Britain, which is a democracy from the bottom up.

Epoch Times: Will people be searching for traditional Chinese culture and values?

Mr. Wei:  For sure they will be. For there will be elements of Chinese culture and Chinese tradition because with a bottom up democracy, for sure the Chinese people will bring their own elements of traditional culture into this system. So it is unavoidable.

Epoch Times: Will people in the Communist Party be held accountable? Is that going to be important?

Mr. Wei:  For sure. They will be held accountable, but what degree of accountability will depend on what China will look like down the road. … Under this circumstance many past crimes maybe would be forgiven for the sake of the stability of society. But if the Communist Party refuses to reform now, then we will have riots and those communist officials, who people have hated, probably will not have a very good outcome.

Epoch Times: Can you see any potential future leaders of China?

Mr. Wei: This is difficult to say at this time. … All Chinese people demand democracy, so regardless of who that person is, they should be someone who will follow the people’s call, who will help establish a democratic system. So this is part of it for sure.

A few days ago we had a big meeting together, a global conference of leaders of the democratic movement for China in Williamsburg, Virginia. One person said, ‘Oh Mr. Wei your character is too strong, you are not suitable to be the president of China in the future.’ Then another person said, ‘I am not worried. If [Wei] is not suitable, I will vote him down’ (laughter).

Epoch Times: Are you looking forward to going back to China or are you comfortable here?

Mr. Wei:  For anybody who returns to their homeland, that will be the best time for him—staying in someone else’s home is never as comfortable.

The interview was conducted through a translator, Mr. Wei’s assistant Huang Ciping.