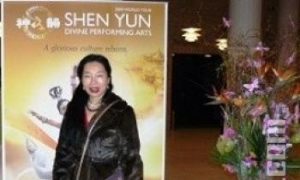 By Li Jia
Print
The U.S.-China trade deficit. Yuan revaluation. U.S. arms sales to Taiwan. The navy showdown in the Pacific. Human rights violations. The upcoming Obama-Hu summit in Washington has numerous foci, all of which The Epoch Times sought to explore in an interview with Wei Jingsheng, a prominent activist and longtime commentator in the Chinese democracy movement. Wei is conversant on all matters related to contemporary China, and his views are often sought after by the press; he rarely minces words.

On the topic of yuan revaluation, Wei said that the Chinese regime has always been using its media to broadcast all sorts of reasons to resist appreciation of the yuan. This time, however, Hu is under enormous pressure to make some concessions.

Hu has remarked that the international currency system dominated by the U.S. dollar is a thing of the past. Wei said this remark is wishful thinking by the Chinese regime and that the vast majority of experts would not agree with “such nonsense.”

Wei said it is impossible for the Chinese regime to have the yuan replace the dollar as the world’s predominant currency because the regime lacks credibility, which is the bedrock of international commerce.

He called “groundless” Hu’s objection to the U.S.’s quantitative easing (QE) policy. “[It] was implemented by the U.S. Federal Reserve to increase the money supply of its banking system in order to stimulate the economy, which is the United States’ own economic adjustment. The Chinese regime’s argument is therefore totally irrelevant to foreign trade issues.

Wei said China’s current inflation is caused by the regime’s overprinting of the yuan. Therefore, if the yuan appreciated, more foreign-made products would enter China, and the products with a dollar base price would drop in price. Through self-regulation the market will absorb more liquidity, prices will drop, and inflation decrease.

The United States’ arms sale to Taiwan and the Pacific Ocean navy showdown are major focal points of U.S.-China relationship.

On March 4, 2010, Li Zhaoxing, spokesman for the National People’s Congress, announced in a news conference that China would increase its 2010 military spending by 7.5 percent to 532.1 billion yuan (approx. US$81 billion). In the past few years, China’s military spending increase has been in the double digits. In 2009, it was said to be 14.9 percent. This trend of increase has a lot of Western countries worried; they feel that to maintain peace in Eastern Asia, military balance is essential.

Wei said the Chinese regime, along with its associate in North Korea, has been creating tension in the international community. “Whether it is the sinking of a warship, the bombing of foreign lands, nuclear tests, or the launching of missiles, the Chinese regime is behind the curtain of all of it.”

Responding to a Jan. 17 BBC report that quoted Hu Jintao saying that tension has been eased between North and South Korea as a result of joint effort between China and other countries, Wei said that this is “gangster logic.”

Wei said recently the Chinese regime has intensified its oppression of non-governmental organizations, dissidents, and religious groups. The Obama administration has overlooked China’s human rights abuses for a long time, but due to pressure from Congress and the voice of the society at large, human rights will be an important topic during the talks—potentially including the most sensitive and dreaded topic for the CCP, namely its persecution of Falun Gong practitioners, Wei said.

In an earlier article, Wei said that since Hu is under enormous domestic and international pressure, he has to make some major concessions during his visit to Washington. The usual face-saving gestures will not work this time, Wei said. Real talks and agreements must be reached. The argument will not be whether Hu will compromise, but how much he will compromise.