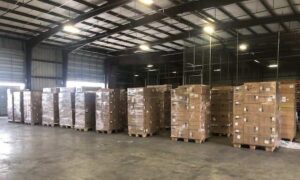 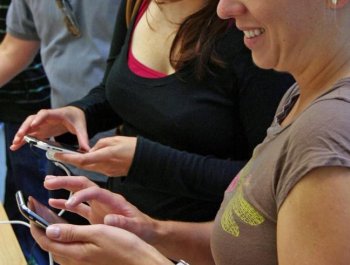 Canadians are spending more time each week on the computer than watching television. (The Epoch Times)
US

By Paula Mason
biggersmaller
Print
Move over, television. For the first time, weekly Internet usage has moved ahead of the number of hours spent watching the box.

Internet usage is up from 14.9 hours in 2009. The number of hours watching television also increased in the last year, rising from 15.8 hours. Other media, such as newspapers, radio and magazines have all remained relatively stable in the last year.

Males are spending significantly more time online than females—20 hours compared to 16. The study also found that the gap between age groups is minimal, with 18-34 year olds spending 20 hours a week online compared to 18 hours for those over the age of 35.

“In previous years we’ve seen significant differences between the generations and the amount of time they spend online,” study author Mark Laver said in a press release.

“The data indicates that not only are people of all ages spending more and more time online, but it also points to a shift in how online Canadians are consuming media and where they are spending their free time.”

Laver said Canadians today have “a myriad of entertainment options” available in the home.

“While some entertainment content has simply shifted from television to online, the Internet is also providing new content to Canadians.”

“Our look at online television and media in the Inter@ctive Reid Report shows that Canadians are consuming more and more content online than they were previously watching on television or content that they simply did not have access to,” said Laver.

“Not only has the recession likely acted as a disrupting factor, but the Internet is poised to take the next step in our lives as it delivers more and more entertainment content to Canadians in their homes and on the go.”