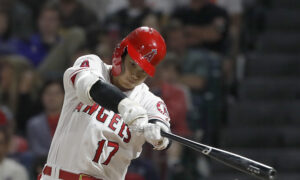 Paul Sullivan: The All-Star Break Is Upon Us. It’s Time to Assess the News and Nonsense of the First Half—and Where Baseball Goes From Here.
0
Share Now
TelegramFacebookTweetEmailTellMeWeReddit
Copy Link 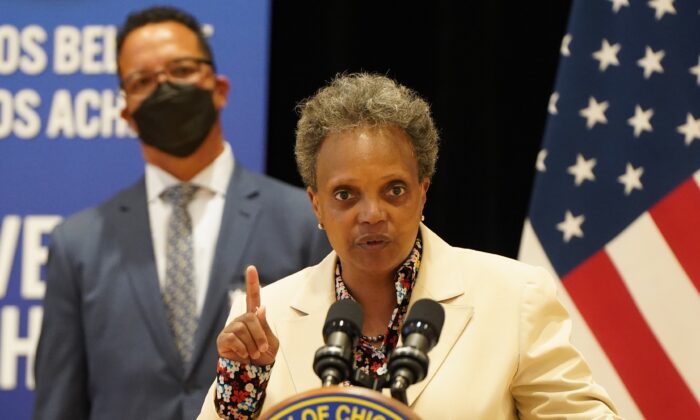 Dozens of separate shooting incidents that happened across Chicago have left at least 11 people dead and 45 others injured, authorities said.

Police in Chicago said the shootings took place between July 16 at 6 p.m. and July 18 at 11:59 p.m. During this time frame, officers responded to 44 different scenes totaling 56 victims, including nine people under the age of 18.

None of the teenagers shot have died and the largest portion was hospitalized on Saturday after a gunman opened fire at a crowd of party-goers.

The drive-by happened in an Austin neighborhood shortly before midnight and involved a group of youngsters standing on a sidewalk when someone fired shots from an SUV, police said, according to an ABC7 report.

A 12-year-old girl and four other teenagers were wounded and hospitalized with non-life-threatening injuries. A 25-year-old victim was also hospitalized during that same shooting. So far, no arrests have been made.

The spate of shootings started on July 16 shortly before midnight when four men got shot by multiple suspects. A 29-year-old man was fatally injured after he was struck in the head and back, police said. The three other victims were hospitalized, two of them are in serious condition.

Two more people around the age of 30 were killed in an Austin neighborhood late on July 18 during two separate incidents. Both of the victims were pronounced dead after being transferred to a hospital.

That same night, a 49-year-old man was fatally shot in the city’s South Side while talking to a person inside a vehicle. That incident happened several hours after another man was shot and pronounced dead in the community of Auburn Gresham.

Multiple other shootings occurred across Chicago between July 16 and July 18—with six more dying from their injuries. Other fatal incidents were reported in Back of the Yards, Chatham, East Garfield Park, and West Pullman.

The violence came as the Illinois city is seeing a sharp spike in crime this year and with President Joe Biden in a July 12 meeting with Chicago Mayor Lori Lightfoot and Police Superintendent David Brow talking about what steps can be taken to lower crime incidents and the flow of illegal guns entering the city which has some of the strictest gun control laws in the United States.

The previous weekend saw a total of 40 people shot, 11 of them fatally, across 33 incidents, police said.

Shootings and murders have skyrocketed in major U.S. cities since the start of the COVID-19 pandemic, with statistics indicating another jump this year if current trends continue.

As of July 7, the city reported 364 shooting deaths at this time, an increase of 5 more than last year. There have also been 164 more shootings this year than in 2020.