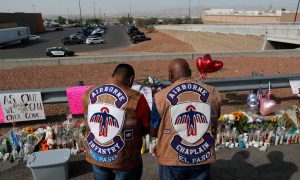 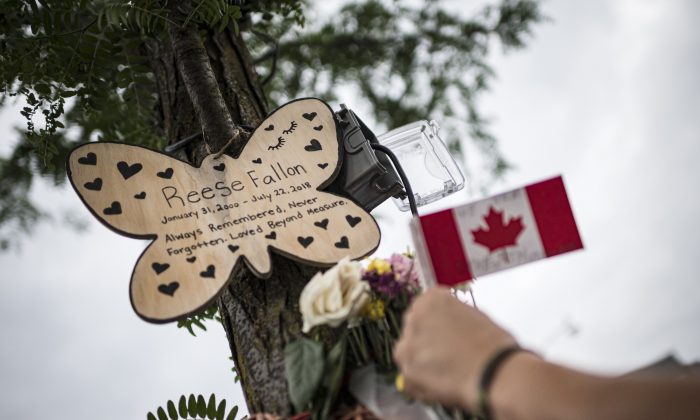 Items are left at a memorial for a victim of the 2018 shooting on Danforth Avenue in Toronto on July 22, 2019. (The Canadian Press/Christopher Katsarov)
Canada

This past weekend was a tragic one in the United States, with shooters in El Paso, Texas, and Dayton, Ohio, killing 31 people and injuring many others. One of the shootings was racially motivated; the other, from the information available so far, simply seemed to be out of the killer’s fascination with violence.

There may be no comparison on the scale, but Canadians had to cope with their own gun-related reality over the long weekend, with a reported 17 people injured in shootings in the Toronto area.

The Toronto police chief and mayor have attributed the uptick in shootings in the city in recent years to a rise in gang activity.

Strictly looking at the number of killings, Canada’s largest city may be no worse off now than in recent decades, if one accounts for population growth, though there was a spike in 2018—the year of the Yonge Street van attack and the Danforth shooting.

Dr. Jooyoung Lee, an associate professor of sociology at the University of Toronto, said the rise could be attributed to the persistence of factors that have fostered an environment for young men to follow violent and criminal paths, including poverty and a lack of access to good schools and other key institutions.

“Every time there is an uptick in shootings, there are discussions, both at the local and other government levels, about what to do about gun violence, and a lot of these are well-intentioned but they don’t necessarily attack the root causes,” Lee said.

Although Canada is in a much better situation than the United States when it comes to gun violence, Lee said the same conditions that give rise to mass killings there are also present here.

“You have young men who become fascinated with violence, who may be attracted to guns, who may be frustrated that their lives haven’t worked out the way they want,” he said.

“These things aren’t necessarily specific to the United States, but there are larger safeguards in place in Canada—but that doesn’t mean Canada is immune by any means,” he added, listing the presence of school counselors and more vetting required for gun ownership as examples of a bolstered safety net in Canada.

“The key is that Canadians can’t become complacent about what’s happening here just because it’s much worse in the U.S.”