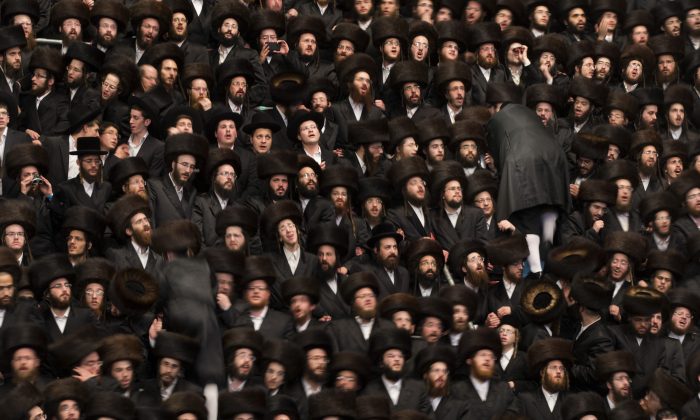 Tens of thousands of ultra-orthodox Jews of the Belz Hasidic Dynasty take part in the wedding ceremony of Rabbi Shalom Rokach, the Grandson of the Belz Rabbi to Hana Batya Pener, early morrning of May 22, 2013. (Uriel Sinai/Getty Images)
Middle East

Around 25,000 guests showed up for a wedding in Jerusalem on Monday night after a member of a prominent ultra-orthodox Jewish family got married.

Shalom Rokeach, 18, got married to 19-year-old Hannah Batya Penet in a traditional ceremony this week. The ceremony lasted several hours until the early morning, reported the Daily Mail.

Rokeach is described as the future leader of the Hasidic dynasty Belz Rebbe, which dates back to the 14th century in Poland.