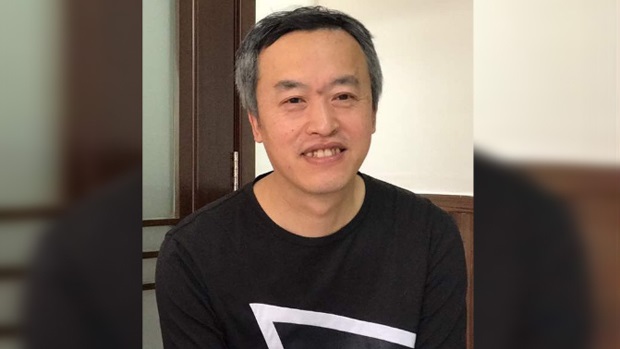 Liu was sentenced by a district court in Chongqing City in southwestern China sometime in June, reported Weiquan Wang, a Chinese website devoted to news about human rights activists. Liu was the creator and administrator of a popular WeChat forum named “Global Report,” in which he and others shared news and commentaries, mostly from websites based outside China that were published in the Chinese language.

The charges Liu was sentenced with remain unclear. He will be released in April 2020.

Liu’s “Global Report,” first established as a WeChat forum in 2014, aimed to share “different voices” from overseas with Chinese internet users, according to Chinese media. It also maintained an account on Twitter, which is banned inside China, and a blog that is still running.

As of 2017, the WeChat forum has reposted more than 20,000 articles on current affairs, according to Radio Free Asia (RFA). Many touched upon topics deemed “politically sensitive” by Beijing, such as the Tiananmen Square Massacre, analysis of Party factional infighting, and international governments’ criticisms of the Chinese regime.

Despite numerous attempts by the regime to shut down “Global Report” over the years, Liu’s forum managed to survive by branching into different chatrooms, amassing a following in the thousands. The blog also changed its website address repeatedly immediately upon being censored.

On Sept. 6, 2017, police arrested Liu and raided his home in China, according to Chinese media reports.

The following day, China’s top internet censorship authority, the Cyberspace Administration of China, issued new regulations, stipulating that creators of online forums and group chats would be held accountable if there are “inappropriate” comments made by users.

Web administrators like Liu have since been punished, including with account closures, verbal warnings from local police, or arrests and detentions.

Messages sent between individuals, especially ones shared in popular chat groups, have come under extensive monitoring by China’s internet police since the regulations were put in place.

Some netizens who were visited by police and given official warnings revealed on social media that, during such meetings, they were required to pledge in written form not to join any chat group related to Liu’s “Global Report,” or to read, listen, or forward similar politically sensitive information again.

Liu holds a doctorate in technical physics and applied chemistry from China’s prestigious Peking University, and has studied at the Nuclear Research Institute at the leading Tsinghua University, according to Chinese media.

Given the large following of “Global Report,” local authorities tried to keep Liu’s sentence under wraps, and had pressured his family not to contact media or rights lawyers, RFA reported.

Liu first started his forum around the time the pro-democracy “Umbrella Movement” in Hong Kong took off. Beijing had launched a nationwide campaign to censor any news about the massive protests, in order to maintain “social stability.”

Meanwhile, recent protests in Hong Kong against a controversial extradition bill that would allow suspects to be charged and face trial in mainland China, have again prompted Chinese authorities to clamp down on internet speech.