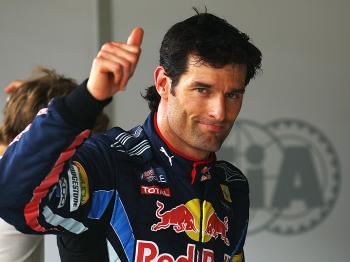 By James Fish
Print
Red Bull has had a car on the pole for every Grand Prix so far this season, and Mark Webber kept that streak alive by qualifying fastest for the Formula One Grand Prix of Turkey.

The Mercedes motor is rumored to make 20-30 horsepower over the Renault engine and the McLaren-Mercedes is five mph faster than any car on the circuit, but the Red Bull has the better chassis: of all the cars, only the Red Bull could go flat out through the notorious Turn Eight, a multi-apex left-hander where drivers have been spinning all weekend.

Felipe Massa had the highest-qualified Ferrari, in eighth. Fernanado Alonso failed to make the final qualifying session, after missing his braking points badly on his fast lap in session two.