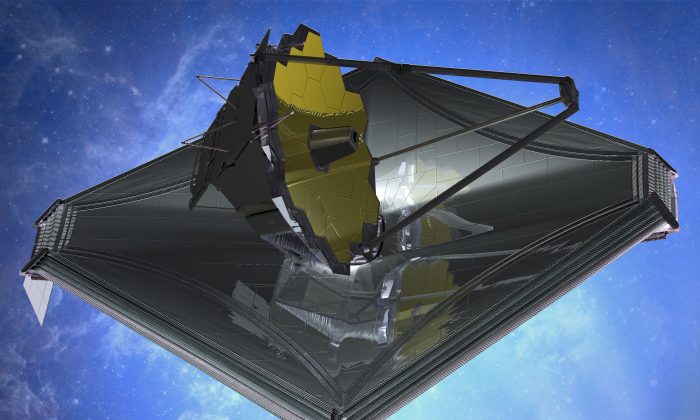 The Webb Telescope, being built by NASA, has been allocated $8 billion in the fiscal 2014 spending bill that was unveiled on Monday and expected to pass Congress later this week.

That includes $3.1 billion for the Mars mission and $5.2 billion for science missions, including $80 million for a mission to explore Europa, one of Jupiter’s moons.

“This appropriations bill reaffirms support for the bipartisan space exploration plan agreed to by the president and Congress,” NASA spokesman David Weaver said Wednesday. “The bill keeps NASA’s deep-space exploration program on track and will continue to spur American innovation and keep the U.S. the world leader in space exploration.”

The telescope–which will be stationed one million miles from Earth for five to 10 years–is slated for launch in 2018. It will be the most powerful space telescope ever built, “able to detect the light from the first galaxies ever formed and explore planets around distant stars,” according to NASA’s Goddard Space Flight Center.

“It will study every phase of our universe’s history, ranging from the first luminous glows after the Big Bang, to the formation of stellar systems capable of supporting life on planets like Earth, to the evolution of our own solar system,” it added. Mission goals include determing how galaxies evolved from their formation until now and investigating planetary systems for possible life.