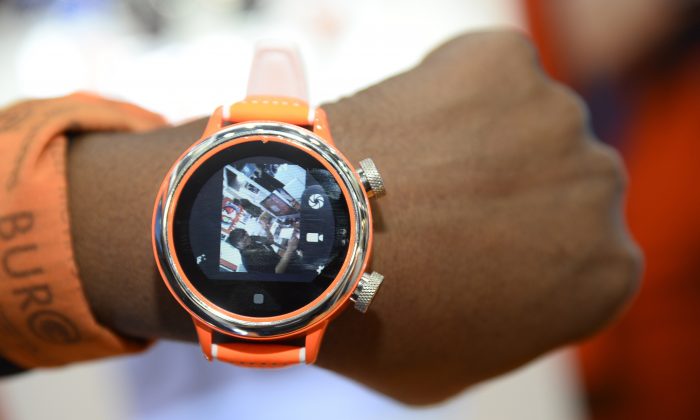 Wearable Technology Brings the Future of Computing to Today

As the rate of technological evolution increases ever rapidly, a debate is emerging between those who believe that humanity’s challenges may be addressed by openly embracing technology, and those who feel that we’ve become too reliant upon it.

No matter what side one may be on, however, it is difficult to deny the trend that digital products can now more easily anticipate and react to our needs in the moment. Nowhere is this more obvious than with the rise of wearable technology: smart bands, health trackers, smart clothing, and so on.

While there are a number of factors that may be driving this trend, the evolution of mobile computing has been the biggest catalyst. Ever since the smartphone industry began in earnest in the early 2000s, mobile phones have become smarter and more powerful each year.

It was 2007’s introduction of the Apple iPhone that really brought the notion of personalized mobile computing to the masses. With arrays of sensors, front-facing cameras, the ability to support user-installed applications, and more, Apple and others who followed their lead gave us the ability to carry highly personalized, real-time assistants wherever we go.

Those that focus on increased productivity, convenience, or being enjoyable for distinct sets of users while not disrupting lifestyle in untoward manners, will take a foothold in this next wave of computing.

It was natural then that computers would come even closer to us, intuitively reacting not only to inputs such as location, time, and weather, but also to our physiologies, minds, movements, and emotions.

The idea isn’t new, however. Popular science fiction has been predicting the rise of on-body computing for decades. Remember the Star Trek comm-badge, the helmet-borne Star Wars targeting computer, and the computing-control gloves featured in the science fiction epic Minority Report? In fact, some of today’s wearable technology products pay obvious homage to these artistic renditions in form and function.

Couple this with wireless connectivity becoming cheaper, faster, and more reliable, along with improvements in the chips that power it, leading to smart “everything” (door locks, cars, buildings, thermostats, televisions, appliances, video monitoring, furniture, toys, and even art), and you have the undeniable advent of a new category.

It is one that featured prominently in January’s Consumer Electronics Show in Las Vegas, and is expected to do so again at the Mobile World Congress in Barcelona next week, the two biggest annual trade shows in technology.

It may even be surmised that “wearability” won’t be a distinct category for much longer, but a feature in a wider ecosystem of technology, just as commonplace as the touchscreen or battery power. In the meantime, though, the current market falls into a few broad sub-groups.

This market, expected to top US$30 billion globally by 2018, is currently dominated by technologies that sit on the wrist. Though one could argue that wrist-worn computing had its genesis with the calculator-watch hybrids of the late-70s, the current renaissance has been driven by the popularity of fitness bands such as those produced by Fitbit, Misfit, and Jawbone.

These devices use a combination of heart rate and movement sensors to provide feedback to wearers on how healthy a lifestyle they are living—steps taken, time at rest, quality of sleep, etc. Initially a tool for the casual athlete, they now enjoy wider success in no small part due to brand partnerships with active-oriented companies and a large set of cloud-hosted data that power health.

The newer, exciting entrant into the space is the smartwatch. Many are powered by a modified version of Google’s open-source Android mobile operating system built for this form factor. Like smartphone screens for the wrist, these watches built by partners such as Samsung, LG, ASUS, and Sony run small applications to provide information to the wearer about their physiology as the fitness bands do, as well as contextual Internet-based information—everything from text message notifications to walking directions, to whether the lights are on at home or not.

But the initial smartwatch market has been muted at best while the industry waits with baited breath for the Apple Watch, a device designed by longtime fashion icons that will similarly mix health and Internet features, relying on connectivity to a paired phone. The Apple Watch is set to be introduced in stores this April and some predict it will move beyond 30 million units this year alone, partially due to the integration of Apple’s credit card payment replacement, Apple Pay.

Beyond fitness bands and smartwatches, the market is somewhat more fragmented. Google has paralleled their work in Android Wear with the experimental Google Glass, a face-mounted device that puts a tiny Internet screen in the wearer’s peripheral vision and features voice, movement, and camera interfaces. While controversial, Glass has forced an important industry discussion on how wearable devices create value and can change society, and has invited traditional fashion brands (eyewear companies) into the technology space.

Then there are devices such as Thalmic Labs’ Myo armband and the Nod ring, which allow wearers to move their bodies and have computing devices react, touch-free, leading to rich applications in gaming, presentations, and heavy industry.

Rich gaming has also helped inspire the “consumerization” of virtual reality (VR) headsets, heretofore just the domain of the military. Famously, Facebook spent US$2 billion last year on Oculus, a company led by a 22-year-old who had built the first effective VR headset platform. Microsoft has since similarly followed with a device that also adds in augmented reality capabilities.

Some of the most interesting wearable devices currently available are focused on a singular use case, but enable very new, unique experiences in doing so. There are clothing items with device chargers, bio sensors, and even digital displays built into them; a pair of pants that doubles as an electronic music kit; the Nymi band that acts as a universal key tied to the wearer by the electrical signal of their heart; and even devices that actually encourage stillness and calmness of mind instead of increased activity such as InteraXon’s brainwave-sensing Muse headband.

Wearable technology is being applied to enable and assist the blind, the deaf, the physically disabled, and the elderly in leading independent and productive lives. And many of these devices feature computing interfaces for third-party software developers to build their own applications with the inherent sensors and data, creating an entirely new cottage industry of technology.

Clearly in its early stages, wearable technology will feature business winners and losers of all shapes and sizes that are not clearly identifiable yet. Those that focus on increased productivity, convenience, or being enjoyable for distinct sets of users while not disrupting lifestyle in untoward manners, will take a foothold in this next wave of computing.

It is the intersection of lifestyle, technology, interface, data, usability, and fashion that makes the challenge so exciting, and the imagined future feel that much closer.

Balaji Gopalan is a longtime technology enthusiast and product manager who has introduced products on behalf of companies in mobile, education, entertainment, and security. Most recently, Balaji led Developer Relations and Platform Strategy for Nymi and is now advising technology startups in the Toronto area. He can be found on Twitter at @balajigopalan73