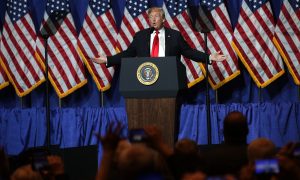 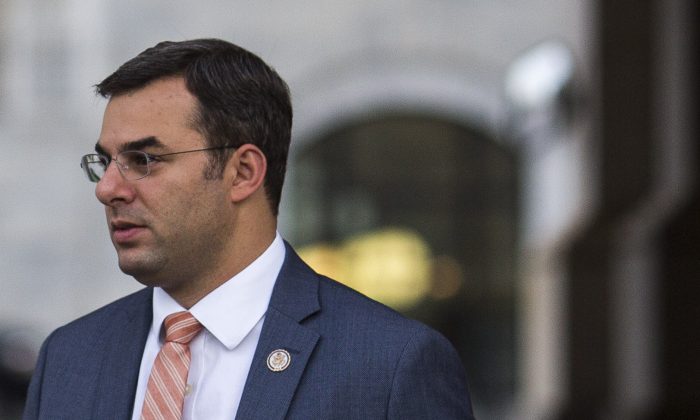 The powerful DeVos family said on May 22 that it will no longer provide financial backing to a Michigan congressman who is the first and only Republican to call for the impeachment of President Donald Trump.

DeVos family members haven’t donated to Rep. Justin Amash (R-Mich.) during the current campaign cycle and don’t plan to do so in the future, according to the spokesman for the family’s RDV Corp., Nick Wasmiller.

After Amash accused Trump of impeachable conduct, two pro-Trump Republicans announced they will challenge him in the state’s primary election; Amash hasn’t faced a primary challenge since 2014. That year, the DeVos family donated $65,000 to his campaign.

“Family members have expressed increasing concerns about a lack of representation for the 3rd Congressional District and an inability to advance efforts connected to important policy matters,” Wasmiller said. “Recent statements by Congressman Amash have not changed the family’s thinking regarding its intent to not provide future support.”

State Rep. Jim Lower and military veteran Tom Norton announced they are running against Amash, days after he broke ranks with his party on May 18. In a series of Twitter messages, Amash accused Trump of impeachable conduct, alleged that Attorney General William Barr intentionally misrepresented the principal conclusions of the special counsel report, and called on the House of Representatives to act on impeachment.

For 22 months, Mueller investigated allegations of collusion between the Trump campaign and Russia. After interviewing more than 500 witnesses and issuing more than 2,800 subpoenas, Mueller concluded there is no evidence to establish that Trump colluded with Russia. The special counsel also decided against charging the president with obstruction of justice.

The list of Democrats who are calling for impeachment proceedings to start has grown to 32 lawmakers as of May 23, according to a tally maintained by The Hill. House Speaker Nancy Pelosi (D-Calif.) is against impeachment and wields the power to initiate the proceedings.

A number of Democrats have joined the call to begin impeachment proceedings after the White House resisted various Democrat-led inquiries targeting Trump, his family, his past business dealings, and former White House staff. Trump has suggested that the Democrats want a “do-over” after Mueller failed to find any evidence of wrongdoing.

On May 22, the president announced that he won’t cooperate with Democrats on any legislation until they wind down or conclude their investigations.

Prior to the conclusion of the Mueller probe, three House committees and a Senate committee all concluded that there is no evidence of collusion between the Trump campaign and Russia. The Senate investigation is still ongoing.

In the course of investigating the collusion claims, the House committees uncovered that the Democratic National Committee and the Clinton campaign paid for a dossier, which the FBI used as evidence to secure a warrant to spy on former Trump campaign associate Carter Page. The FBI investigation eventually evolved into the Mueller probe. The special counsel’s report doesn’t verify any of the damaging claims about Trump and his associates.

Amash, who has libertarian views, was elected in 2010 as part of the Tea Party wave that toppled Democratic control. He was one of the founding members of the conservative House Freedom Caucus, which this week voted to condemn Amash but declined to oust him from its ranks.