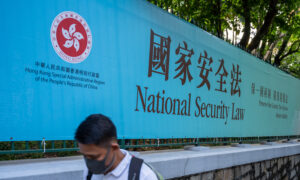 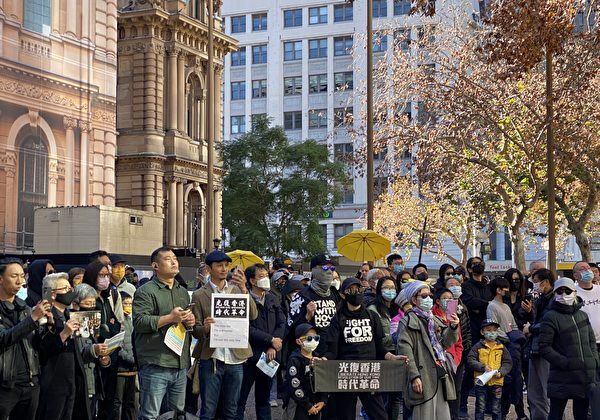 ‘We Will Return to a Free Hong Kong’: Australians Mark 2nd Anniversary of HK Extradition Protests

The rally was held to remember the millions who marched peacefully in 2019 against the Hong Kong executive’s proposed amendments to the Fugitive Offenders Ordinance, which would have allowed Chinese agents to extradite Hong Kongers to mainland China freely.  The protest grew in momentum until 2 million people took to the streets —a quarter of Hong Kong’s population.

Speaking at the rally, Australian Senator Tony Sheldon accused the Chinese Communist Party (CCP) of violating the Sino-British Joint Declaration and undermining democracy in Hong Kong and called on Australia to implement its own version of the Magnitsky Act.

“It’s quite clear that the Magnitsky Act is the Australian version of holding those responsible for objectionable behavior, on freedom, on rights [accountable]. [It’s] your opportunity to speak out that they should be correctly implemented in Australia,” Sheldon said.

Ted Hui, the former Hong Kong councillor who is now in exile in Adelaide, flew to Sydney to attend the rally. Hui said that it had been half a year since he left Hong Kong. He felt honoured and excited to see so many Hong Kongers together and hear them shout the slogans of the Anti-ELAB movement.

“I remember that day we all stood together, outside the Hong Kong parliament, I was about to step in,” he said. “When I reached the Legislative Council, it was already surrounded by all the young people. I was so touched. When I saw them, they asked me, ‘Congressman Hui, will you join us?’ I replied, ‘Of course I’ll join you!’”

The former councillor hopes that in the future, the wisdom of different forms of Hong Kongers will gather together to become a greater power.

“But we’ll not just rely on them. Looking back at the many exiles around the world, why are they still standing decades and centuries later? Because they came together, they were willing to go one step further.”

“So I hope, Hong Kong people, we will come together, we will take many steps, we will carry on this spirit.”

“I am confident that, in time, we will return to a free Hong Kong.”