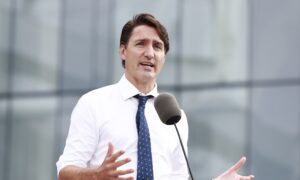 If Canada Is Committing Genocide, Why Does Trudeau Want to Lead it?
0
Share Now
TelegramFacebookTweetEmailTellMeWeReddit
Copy Link 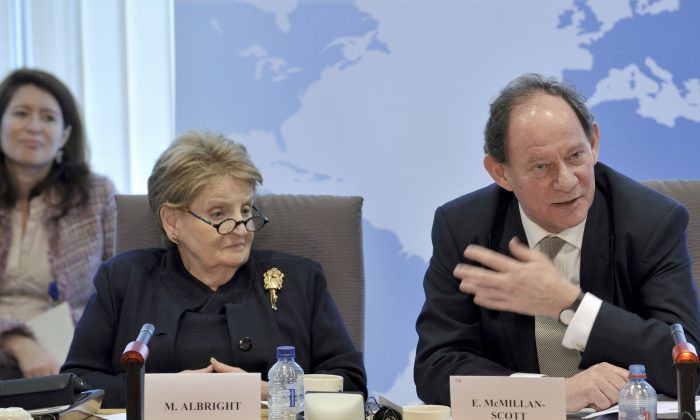 We Recall the Holocaust: We Should Recognize Genocide in China Today

On Jan. 27 each year, the United Nations remembers the Holocaust that slaughtered people of Jewish origin during World War II. The day also commemorates the liberation of the Nazi death camp Auschwitz-Birkenau in Poland on Jan. 27, 1945.

Some 6 million Jews were killed by the Nazis’ racist policies. In 1942, the young Pole, Jan Karski, tried to persuade Allied leaders about the Nazi death camps, which he had witnessed. U.S. Supreme Court Judge Felix Frankfurter—himself Jewish—said, “I did not say this young man is lying. I said I am unable to believe him. There is a difference.”

We know the truth today, but less remembered are at least 38 million Chinese people killed by Mao Zedong. And hardly recognized until recently by the international community has been the systematic persecution of Falun Gong—benign, Buddha-school qigong spiritual exercises, once practiced by 70 million–100 million in China—and subject to a genocidal persecution since 1999.

I quoted Judge Frankfurter in an article I wrote for my regional newspaper, the Yorkshire Post, on my return from a fact-finding visit to China in 2006. I have written many similar articles since.

As European Parliament Vice President for Democracy & Human Rights, I met former Falun Gong prisoners of conscience secretly in Beijing. One of them told me that his buddy had disappeared from their prison cell and the next time he saw his body in the prison hospital with holes where evidently body parts had been removed, for sale.

A resolution by the European Parliament on Dec. 12, which I sponsored, unequivocally condemned the Chinese regime’s organ harvesting, especially from Falun Gong prisoners of conscience.

The same week, a U.S. congressional committee adopted a parallel resolution, and a 1.5-million signature petition was presented to the United Nations.

This global response came on top of a series of similar resolutions by parliaments and professional associations in recent times.

These actions are ending the credibility gap about the genocidal crime of selecting and killing prisoners, especially Falun Gong practitioners, for body parts. They are the only prisoners in China to be blood- and urine-tested as part of the selection process, and thousands have been tissue-matched and then literally killed to order at 1 of the 169 transplant centers across China. Some 10,000 operations are carried out each year and the organs mostly come from prisoners, because organ donation hardly exists in China, for cultural reasons.

Since the persecution of Falun Gong began in 1999, researchers David Kilgour and David Matas estimate that tens of thousands have lost their lives through organ harvesting.

I have campaigned against this appalling crime against humanity since my visit to Beijing in 2006.

There I also first made contact with Gao Zhisheng, the Christian human rights lawyer, whose 2005 report into the persecution of Falun Gong practitioners led to the closure of his Beijing law office.

After my visit, Gao and I kept in touch about reform in China but he was arrested on Aug. 15, 2006, and was later convicted of “subversion” and suffered a series of imprisonments, house arrests, and then—for a long period—disappearance.

This did not stop him from his activities in the early days, including writing open letters through me to the European Parliament and to the U.S. Congress. Eventually he was silenced through imprisonment in an unknown jail.

According to press reports, members of his family finally made contact with him in January 2013 at a prison in Xinjiang Province. Fortunately, his wife, whom I met in Washington in March 2013, son, and daughter were spirited to the United States.

On Dec. 2, 2012, I opened the latest in a series of hearings on human rights in China at the European Parliament in Brussels with a plea for the release of Gao, amplified by a video testament from his daughter Gege.

One of Gao’s “crimes” was a meeting he had with former U.N. torture rapporteur Dr. Manfred Nowak in early 2006. Nowak—my predecessor when I was awarded in 2013 the Medal of Honor from the European Inter-University Center for Human Rights and Democratization—asserted that two-thirds of the prisoners undergoing “re-education through labor” across China were Falun Gong practitioners.

I have no doubt, after meeting hundreds of exiled former Falun Gong prisoners of conscience, that this is true, and further, that thousands of practitioners have lost their lives in the vile organ transplant business organized through and by the People’s Liberation Army.

This activity is contrary to Article 2 of the Genocide Convention. I am campaigning for an international register of those who torture and kill to be maintained for future prosecutions under the International Criminal Court. These can only be done once China is free.

Unlike China, the European Union is a democracy. On May 22–25 elections are held across the EU, including in my region, Yorkshire & Humber. I have changed parties (I became a Liberal Democrat in 2010 when the Conservative Party became too anti-European) but I hope to be re-elected to continue for another five years to spread the truth about the persecution and killing of Falun Gong practitioners from the European Parliament.

Edward McMillan-Scott
Lawyer
Follow
Edward McMillan-Scott, former vice president and a senior member of the European Parliament, is the founder of the European Instrument for Democracy and Human Right (EIDHR) and received the Medal of Honour by the European Inter-University Centre (EIUC) for Human Rights and Democratization. He is a long-time observer of China's human right situation with a particular interest on Falun Gong and Chinese human right attorney Gao Zhisheng.
TOP NEWS