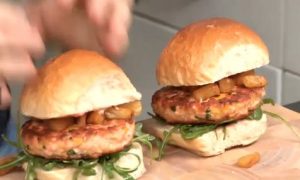 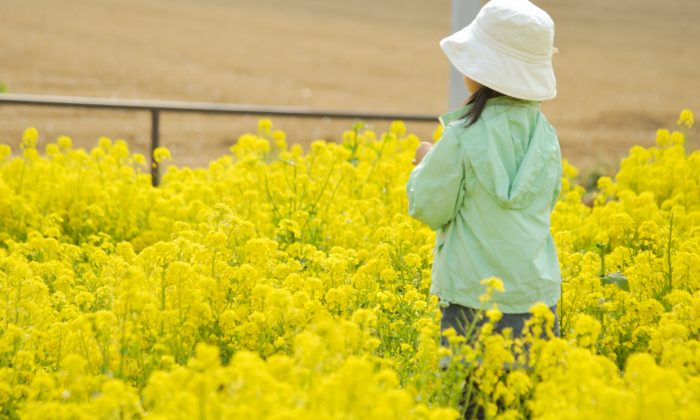 "We found the genetic evidence for an arms race between plants like mustards, cabbage, and broccoli and insects like cabbage butterflies," says Chris Pires.(open-arms/CC BY-NC-ND 2.0)
Science

We Owe Caterpillars for Spicy Mustard

The next time you put mustard on a hotdog or horseradish on a burger, thank caterpillars and brassica for that extra flavor.

While these condiments might be tasty to you, the mustard oils that create their flavors are the result of millions of years of plants playing defense against pests. But at the same time, insects like cabbage butterflies worked to counter these defenses, which then started an arms race between the plants and insects.

Researchers recently gained insight into a genetic basis for this co-evolution between butterflies and plants in Brassicales, an order of plants in the mustard family that includes cabbage, broccoli, and kale.

“We found the genetic evidence for an arms race between plants like mustards, cabbage, and broccoli and insects like cabbage butterflies,” says Chris Pires, researcher at the University of Missouri Bond Life Sciences Center and associate professor of biological sciences.

“These plants duplicated their genome and those multiple copies of genes evolved new traits like these chemical defenses and then cabbage butterflies responded by evolving new ways to fight against them.”

For most insects, these glucosinolates prove toxic, but certain ones like the cabbage butterfly evolved ways to detoxify the compounds.

“Seeing the variation in the detoxification mechanisms among species and their gene copies gave us important evolutionary insights,” says Hanna Heidel-Fischer, a lead author of the study who is based at the Max Plank Institute for Chemical Ecology in Germany.

To look at these genetic differences, the team used 9 existing Brassicales genomes and also generated transcriptomes—the set of all RNA in a cell—across 14 Brassicales families. This let the team map an evolutionary family tree of sorts over the millennia, seeing where major defense changes occurred. This family tree was compared with the family tree of 9 key species of Pieridae butterflies, which includes the cabbage butterfly.

“We found that the origin of brand-new chemicals in the plant arose through gene duplications that encode novel functions rather than single mutations,” says Pat Edger, a former postdoctoral researcher at University of Missouri and lead author of the study. “Given sufficient amounts of time the insects repeatedly developed counter defenses and adaptations to these new plant defenses.”

This back-and-forth pressure resulted in the evolution of many more species of plants and butterflies than in other groups without glucosinolate pressures.

About 50 years ago two now-renowned biologists, Peter Raven and Paul Erhlich, introduced the idea of co-evolution to science. Using cabbage butterflies and Brassica plants as a prime example, the two published a landmark study in 1964 advancing the idea that two species can mutually influence the development and evolution of each other.

To explore the genetics of how this works, Pires’ lab partnered with Chris Wheat, professor of population genetics in the zoology department at Stockholm University.

“Using Ehrlich and Raven’s principles and models, we looked at the evolutionary histories of these plants and butterflies side-by-side and discovered that major advances in the chemical defenses of the plants were followed by butterflies evolving counter-tactics that allowed them to keep eating these plants,” Wheat says.

This research provides striking support for the ideas of Ehrlich and Raven published 50 years ago.

“We looked at the patterns 50 years ago, and found conclusions that proved correct,” says Raven, professor emeritus of the Missouri Botanical Garden and a former University of Missouri Curator. “The wonderful array of molecular and other analytical tools applied now under leadership of people like Chris Pires, provide verification and new insights that couldn’t even have been imagined then.”

Understanding more about how plants and insects co-evolve could one day lead to advances in crops.

“If we can harness the power of genetics and determine what causes these copies of genes, we could produce plants that are more pest-resistant to insects that are co-evolving with them—it could open different avenues for creating plants and food that are more efficiently grown,” says Pires.

The findings appear in the Proceedings of the National Academy of Sciences. The National Science Foundation, the Knut and Alice Wallenberg Foundation, and the Academy of Finland provided the funding for this research.