We Need to Restore the Traditional Ways of Education: Marilyn Torley 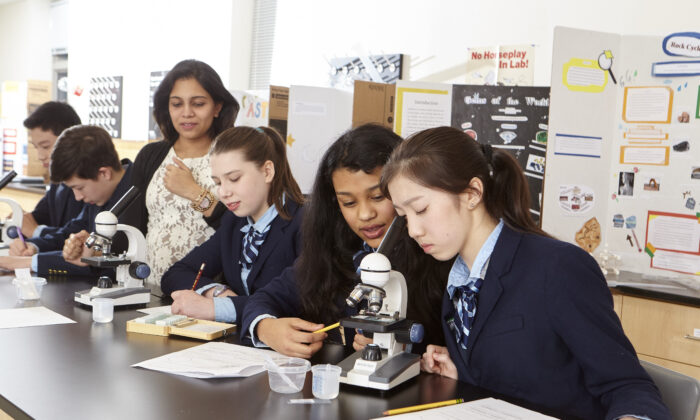 America’s public education has shifted significantly from its traditional form within the past two decades, says Marilyn Torley, co-principal of Northern Academy, a private 6–12 school in upstate New York.

Torley, an educator with 25 years of experience as a teacher and administrator in New Jersey, told NTD’s “Focus Talk” program that there used to be a more flexible, need-oriented approach in the classroom when she became a teacher in the 1990s.

“In the ’90s, there was this traditional way of being within a classroom, where the curriculum was based on the local needs of the community. And whatever the curriculum was, we, as classroom teachers, had the time to really go in-depth with the students in regard to all subject matters,” Torley told host Jenny Chang. “Students were inquisitive and they were creative, as they are now. But we, as teachers, had much more time within the classroom, to actually delve into things that they might be interested in.”

A “real education,” according to Torley, is meant to support the character development of each student.

“If they can have the opportunity to learn and discern through their choices and their decision-making, and then get supported within the classroom, within the whole school environment—to create a culture of support of being resilient, and understanding compassion—they have an opportunity then to go into the world with a strong foundation,” she said.

“If you’re a good person, and you have a strong moral compass, then whatever is happening in the world, you’re going to discern and make the right choices.”

Torley said things changed in the classroom when the No Child Left Behind Act became law in 2002, followed by Common Core state standards in 2010. Subjects such as history, science, and foreign languages needed to give way so that teachers had enough time to focus on math and reading in order to meet standardized testing requirements, which are tied to federal funding.

“It just changed the whole vibe of what was happening within the schools,” she said. “That traditional way of teaching, which was based on the local community and their needs for those students, radically changed. And all of a sudden, it was what the federal government wanted, because of the money they were giving to the states.”

The change caused many veteran teachers to quit after they realized that this wasn’t the kind of education that they wanted to be a part of, she said. The new teachers, however, find themselves having to cover specific content each day as required by the Common Core curriculum, while not being able to pause to help struggling students.

“The most difficult thing as a principal during those years is that when teachers came into my office, they were either angry or they were frustrated,” Torley said. “They weren’t being given the time they felt they needed to really support the students in a meaningful way.”

When asked about the prevalence of critical race theory, Torley said she is “lost” about how an ideology leading to race-based bullying and harassment is gaining a foothold in schools.

“In New Jersey, we had the strongest laws about bullying, and part of the [anti-] bullying process was to ensure that children were not being intimidated by anyone because of their color, their race, their ethnicity,” she said. “We were mandated to stop that from happening, and then all of a sudden, this [critical race] idea comes into the education system.”

Torley suggested that parents need to take action for the kind of education they want for their children, especially given the current circumstances.

“Families have traditions, and they have values, and they have a deep moral understanding of what’s best for their child,” she said. “And I believe that, more so than ever before, in my 25 years of experience, that parents need to come to the Board of Education meetings. They need to talk to the people responsible for what’s happening in the education of their child within their schools, talk to other parents, and make a decision if this environment is right for their child, and if it isn’t, communicate that and ask for changes.