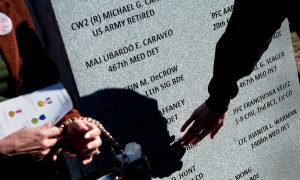 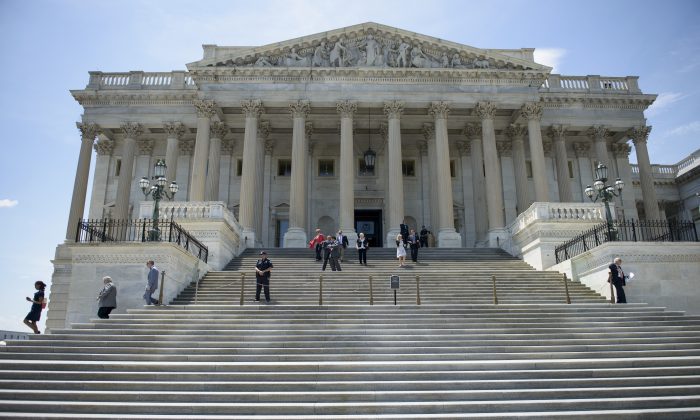 Members of Congress leave after a series of votes effecting the fast tracking of the Trans-Pacific Partnership on Capitol Hill, in Washington, D.C., on June 12, 2015. (Brendan Smialowski/AFP/Getty Images)
Opinion

Members of Congress get categorized in all sorts of ways. They’re liberal or conservative; Republican or Democrat; interested in domestic affairs or specialists in foreign policy.

There’s one very important category, though, that I never hear discussed: whether a member wants to be an inside player or an outside player. Yet where members fall on the continuum helps to shape the institution of Congress.

First, I should say that the categories are not hard and fast. Some politicians are insiders part of the time and outsiders at other times. Still, most fall on one side of the line or other, especially as they go on in their careers.

Insiders focus on making the institution work. They tend to give fewer speeches on the floor, issue fewer press releases, and spend less time considering how to play the public relations game or how to raise money. Instead, they put in long, tedious hours on the minutiae of developing legislation, attending hearings, listening to experts, exploring policy options, and working on building consensus. They’re dedicated to finding support for a bill or a set of proposals wherever they can, and they appreciate the necessity of bipartisanship.

They’re constantly engaged in networking and so tend to be popular within the Congress—they have the respect of their colleagues because other members know these are the people who make the institution move forward. They’re the ones who do the necessary work of legislating.

Outsiders pass through the institution of Congress, but many of them are using Congress—and especially the House of Representatives—as a stepping-stone to another office: the Senate, a governorship, the presidency.

On Capitol Hill, these people behave very differently from insiders. They raise money aggressively, put a lot of effort into developing a public persona, and are consumed with public relations. They travel a lot and take every opportunity they can to meet and address conferences and large organizations. They churn out press releases and speak on the floor on every topic they can find something to deliver an opinion about.

They miss votes more frequently than insiders, and often do not attend committee hearings. They tend not to socialize with other members, and so generally are not as popular as insiders. When they do attend a committee hearing, they use it as a platform to help them build a constituency beyond their own district or state. They tend to be more partisan than insiders, because they are seeking to build a political base. They’re often impatient with House and Senate traditions, and are impatient with the democratic process.

I remember late one night—actually, it was more like 3:00 or 4:00 in the morning—standing behind the rail of the House talking with a charismatic, charming congressman from the South. He’d been in the House for only a term or two, and was chagrined at the parliamentary tangle we were working our way through that night. “Lee,” he said, “how can you stand this place? I’m going to go home and run for governor!” And he did.

I want to be clear that I’m not making a judgment here as to which kind of member is more valuable. I may prefer to spend my time with insiders, but both are needed to make the system work. You have to have members reaching out to the broader public, talking about the big issues and engaging Americans in the issues of the day. And you need people on the inside who are dedicated to resolving those issues by attending to the legislation that will make this possible.

The truth is, Congress wouldn’t work if everyone were an outside player. The process is tedious: especially when you’re trying to draft a bill, you get into arcane arguments over language; you have to go line by line over the bill and each amendment. Outsiders have little patience for this process, and often don’t show up for it.

Yet if everyone were an insider, the country would be deprived of the dialogue, debate, and sheer spectacle that give Americans a sense of stake and participation in the policy-making process.