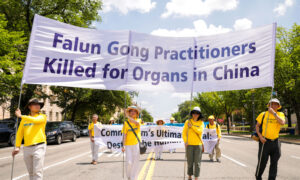 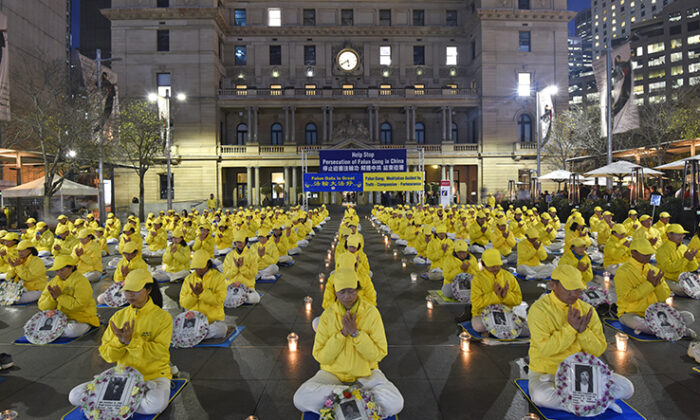 ‘We Must Speak Out’: Australian Leaders Call for End of 22 Year Falun Gong Persecution

The world has a “moral imperative” to call out totalitarian regimes that persecute people for their faith—most notably the world needs to call out the Chinese Communist Party’s (CCP) persecution of Falun Gong, other religious groups, and dissidents.

This is what David Adler, the president of the Australian Jewish Association (AJA), told The Epoch Times in a statement to commemorate the 22-year anniversary of the start of the CCP’s persecution of Falun Gong in China on July 20, 1999.

“The Jewish people understand what it’s like to be persecuted by a large totalitarianism regime,” Adler said.

“The major lesson was supposed to be ‘never again,’” he added. “We must speak out—we must do what we can to stop it.”

Adler is among many Australian leaders who are calling for Beijing to end the persecution of Falun Gong.

Tasmanian Liberal Senator, Eric Abetz, told The Epoch Times that for 22 years Falun Gong practitioners have faced continual persecution, but have “stood firm and continue to fight for freedom.”

“We who are blessed to exercise our freedom must not be silent,” Abetz said. “We must not take the morally bankrupt, easy option and turn a blind eye.”

Falun Gong, also called Falun Dafa, was first introduced to the public in China in 1992 and grew in popularity due to its slow-movement exercises and moral teachings centred around the principles of truthfulness, compassion, and tolerance.

The practice had about 70 million to 100 million adherents by the end of that decade, according to official estimates.

Deeming this popularity a threat, the CCP on July 20, 1999, began a nationwide campaign to eradicate the practice and adherents.

Since then, an untold number of practitioners have suffered from mental and physical torture, financial pressure, forced labour, imprisonment, and forced organ harvesting.

Survivors of the abuse have told stories of being subjected to toxic drug injections, gruelling forced labour, electric shocks to private parts, and threats to forcibly abort pregnancies.

New South Wales Liberal Senator, Concetta Fierravanti-Wells, said that as more people around the world “come to understand the skullduggery of the regime,” it is ever more important for Australians to maintain pressure on the CCP.

Such pressure included Australia’s call for an independent inquiry into the origins of COVID-19, the disease caused by the CCP (Chinese Communist Party) virus. Those calls resulted in attempts to economically coerce Australia to align with Beijing’s demands by imposing suspensions and tariffs on many Australian goods, such as coal, beef, barley, lobster, timber, lamb, and cotton.

“The Australian public will no longer tolerate business as usual with Beijing,” she said.

“More and more Australians are more receptive to understanding the regime’s illegal activities, especially the human rights abuses. We need to remain strong and resolute in our condemnation of Beijing,” Fierravanti-Wells said.

Sophie York, a lawyer, writer and expert on international humanitarian law, said that the forced organ harvesting faced by Falun Gong prisoners of conscience in China “is a crime of killing,” and that the perpetrators should be brought to justice in the international courts.

Victorian state Liberal MP Bernie Finn said that as a free nation, Australia and Australians, “have an obligation” to support those in China suffering under a murderous, barbaric regime.

“We must stand with those who want freedom,” he told The Epoch Times.

Lyle Sheldon, director of the Australian Christian Lobby, said that millions of Christians and Falun Gong practitioners have a common goal of raising awareness about the persecution they endure under the CCP in China.

David Flint, emeritus professor of law and former chairman of the Australian Press Council, said that the persecution of Falun Gong is “against the laws of man, the laws of nations, and indeed the law of God.”

Like the Soviet Union, Flint said the CCP will fall, and “be left on the scrap heap of history.”

The comments by the Australian leaders come as the United States called on China to end its persecution of Falun Gong.

In a State Department press briefing State Department spokesperson Ned Price said on July 19 the Biden Administration called on the “PRC to immediately cease its campaign against Falun Gong practitioners and release those imprisoned due to their beliefs.”

“Tomorrow, we recognize 22 years since the People’s Republic of China launched a campaign of repression against the Falun Gong movement and its millions of practitioners, advocates, and human rights defenders working to protect their rights,” he added.