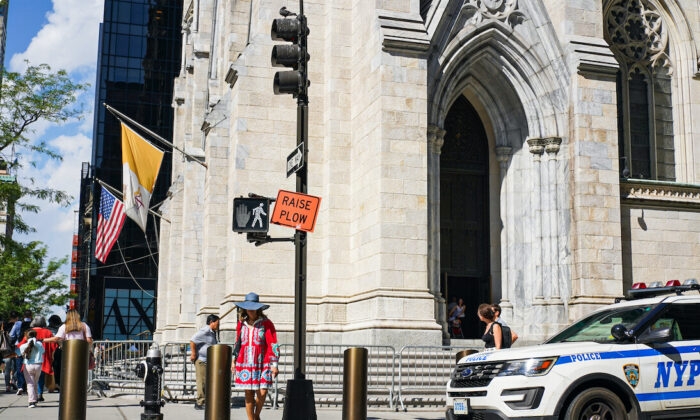 ‘We Give Thanks to God’: NYC Catholic Bishops Celebrate Overturning of Roe v. Wade

While pro-abortion protests are getting ready to cause disruption in New York City, the Catholic bishops of the state are celebrating the hard-won overturning of Roe v. Wade.

“We give thanks to God for today’s decision of the United States Supreme Court in Dobbs v. Jackson Women’s Health Organization,” the bishops wrote in a statement.

Roe v. Wade is the seminal 1973 precedent that struck down a swath of federal and state laws restricting abortion and largely legalized the procedure nationwide.

“This just decision will save countless innocent children simply waiting to be born.”

“On this historic day, our gratitude extends to the millions of heroic Americans who have worked tirelessly toward this outcome for nearly a half-century. Women and men, children and adults, believers and non-believers, people of every culture and background have advocated for life. They have been a charitable and compelling voice for the voiceless, and today, their voice has been heard,” the statement reads.

The Catholic bishops have been praying and fasting, holding vigils, and offering masses for the last five decades in order to support the sanctity of life.

Is abortion-related to women’s rights?

“Today, our voice has been heard.”

“We call on all Catholics and everyone who supports the right to life for unborn children to be charitable, even as we celebrate an important historical moment and an answer to a prayer.”

The 116-page ruling also reversed the 1992 companion precedent known as Planned Parenthood v. Casey, which held that states can’t impose significant restrictions on abortion before a fetus becomes viable for life outside the womb.

In May, Politico had published a leaked draft of the ruling, which is under investigation.

Five other justices agreed with the verdict.

The bishops previously released a pro-life statement on May 12.

“The abortion industry has been so successful in its messaging that the right to abortion has become inextricably linked to the notion of women’s rights and equality for a significant portion of the country, which is why the prospect of a nation without Roe has led to fear and anxiety for many people,” the bishops noted.

Pro-abortion protestors plan to gather in Washington Square Park on the evening of the court ruling.

Matthew Vadum contributed to this report