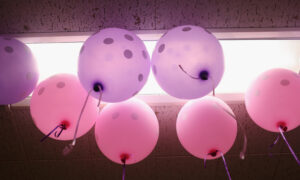 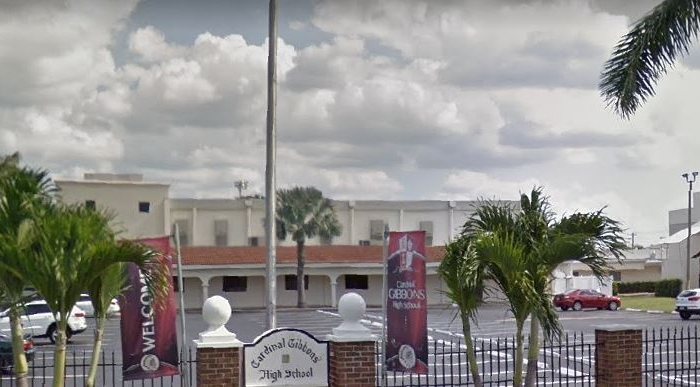 Twenty-seven people were hospitalized in Florida on Nov. 19, with mysterious symptoms in a situation that has left local officials perplexed.

“We don’t know. We’ve searched back and forth. We’ve done three different samplings. We’ve used our monitors and have come up with nothing,“ Fort Lauderdale Battalion Chief Stephen Collan told CBS.

“It’s quite the mystery,” added Mary Ross Agosta, spokeswoman for the Miami Archdiocese, to the South Florida Sun-Sentinel. “We don’t know. Nobody has an answer.”

The 26 students and one adult were rushed to three different hospitals in the area, Broward General Medical Center, Broward North, and Holy Cross Hospital, around 11:30 a.m. on Monday.

They had just left a Thanksgiving prayer service in the gymnasium at Cardinal Gibbons High School in Fort Lauderdale and became sick in different parts of the school, including various classrooms.

“They were like passing out and stuff like that. Some people started having nosebleeds. Some of the people were having ear pain,“ said student Gustavo Hernandez.

Jason Fry was one of the students who fell ill.

“My whole body was really hot, and then I started to get dizzy when I stood up,” he told WSVN. “I saw two kids faint.”

“It started with one girl passing out, and she fell and had to hang on to the staircase,” said another student, Daden Louis-Williams.

Hazmat crews responded to the scene but were unable to pinpoint a cause. The crews tested for 5,000 different chemicals.

Fry said all the tests he underwent at the hospital came back negative. “They weren’t really sure what had happened,” he said. “I don’t know if I’ll ever know.”

A statement from Principal Paul Ott, regarding the campus lockdown this afternoon: pic.twitter.com/80BeK9Sp9c

The Fort Lauderdale Police Department said in a statement that the “area of concern has been isolated” and that the school was briefly locked down. There was no further threat, it added.

Students who didn’t feel sick were upset during the lockdown, one wrote on Twitter.

“We are all freaking out. One kid in our class doesn’t look good. I and a few others feel loopy. They need to let us out,” the student wrote. Another added, “My school is currently under lockdown because many students got sick bc of an ‘unusual substance’ and we aren’t allowed to evacuate until it’s an all clear. please keep us in your thoughts bc this is very very scary.”

Principal Paul Ott said that all the students were released from the hospitals by 5 p.m. and classes were scheduled as normal for Tuesday. Classes were previously scheduled as off for Wednesday and Thursday for Thanksgiving break.

“We are trying to connect the dots. Anything we can do to make sure this doesn’t happen again. I think it’s just some sick kids,” Ott told WLPG.

“It’s a mystery I don’t know if it’s the bug or flu season. There was nothing found on the school premises.”