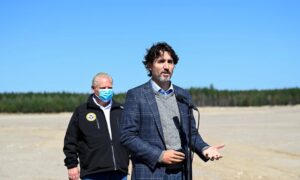 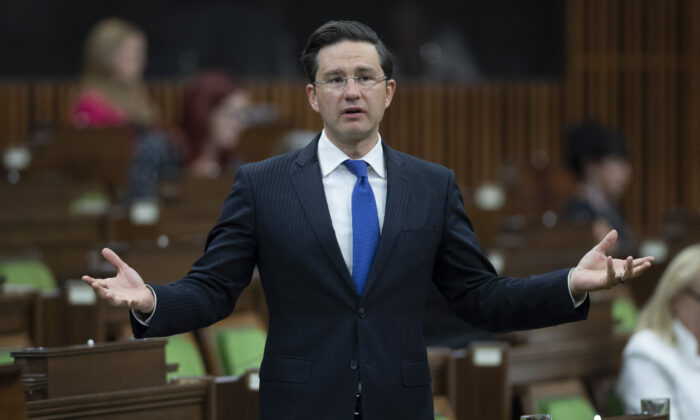 Conservative MP Pierre Poilievre rises in the House of Commons after the government delivered a fiscal snapshot in Ottawa on July 8, 2020. (Adrian Wyld/The Canadian Press)
Canada

The on-again-off-again WE Charity document disclosure saga continued this week when Liberals briefly made a goodwill gesture to provide long-requested documents, only to walk that back by mid-week through continued filibusters.

The government’s standoff with opposition parties over the release of WE Charity documents was showing signs of breaking early in the week, as the Liberals agreed to provide some previously redacted documents requested by the finance committee to the non-partisan parliamentary law clerk.

Government House leader Pablo Rodriguez said on Nov. 16 that the Finance committee “must move forward” and that Liberals had agreed to send unredacted documents linked to the controversy to the parliamentary law clerk, who will then decide what information needs to be blacked out to protect personal privacy.

The concession referred to a Conservative motion that calls on the House Speaker to rule that redactions made to more than 5,000 pages of government documents on the WE affair amount to a breach of the finance committee’s privileges. Prime Minister Justin Trudeau released the documents, which contained correspondence about the government’s decision to grant WE Charity the contract to administer the Canada Student Service Grant, the day before Parliament was prorogued in August.

However, on Nov. 17, the Conservative shadow minister for finance Pierre Polievre said Liberal committee members blocked his motion to release the documents Rodriguez had previously agreed to release.

“Mr. Liberal House Leader: you claim you’re ready to hand over WE scandal doc. I took you at your word & moved a Finance Committee motion tonight for that to happen. Liberal cmte members blocked it. And then the Liberal chair suspended the meeting,” he wrote in Twitter a post on Nov. 17.

The parliamentary committees looking into the WE Charity affair have been mired in filibusters and duelling committee motions for nearly two months, preventing pandemic-related issues from being discussed, as MPs spar over the release of the unredacted documents and speaking fees paid to Trudeau and his family members.

The parliamentary ethics committee also remains stuck on a motion to examine government spending during the pandemic, including Trudeau’s relationship with WE.

On Nov 16, the ethics committee voted in favour of a motion to order the Trudeau family’s talent agency, Speaker’s Spotlight, to release 12 years of records detailing corporate sponsorship fees paid to the PM and his wife, Sophie. The motion would require fees to be disclosed by Nov. 23.

Since July, the committee has been seeking details on about $1.3 million in corporate sponsorship fees paid to Trudeau and his wife since 2008. Liberal MPs had continuously filibustered against disclosure of the records.

Shadow minister for ethics, Michael Barrett, also raised concerns last week after the ethics committee learned that records related to ongoing investigations of Trudeau and his family members’ speaking fees in relation to the WE Charity scandal had been destroyed.

Barrett said Speakers’ Spotlight destroyed five years of records on speaking fees dated between the years 2008 and 2013, which the committee had requested before Parliament was prorogued.

The broader WE controversy revolves around the government’s decision to pay WE Charity $43.5 million to manage a grant program for student volunteers, despite the organization’s close ties to Trudeau and his family.

WE backed out of the arrangement in early July, within days of the decision being made public. The program was later cancelled.

Trudeau and former finance minister Bill Morneau, who also has close ties to WE, have apologized for not recusing themselves from the decision to involve the charity. Both are under investigation by the federal ethics commissioner.