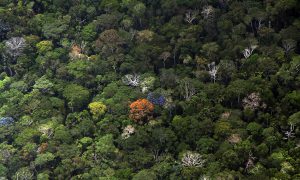 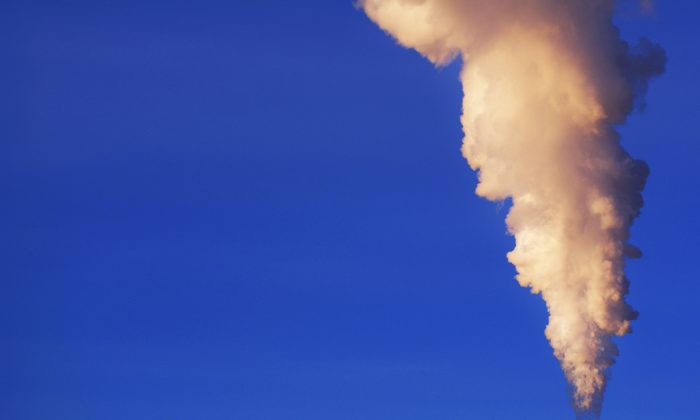 What if there were a way to suck carbon dioxide right out of the air and turn it into useful products? It might seem fantastic but scientists have actually proved it’s possible. One of the challenges with making it a viable process, however, is manufacturing products that are valuable enough to cover the high costs of extracting the carbon dioxide.

Some excellent new research has raised the possibility of a breakthrough in this area by using CO2 directly captured from the air to produce a type of graphene, the two-dimensional form of carbon often described as a “wonder material.” But reported claims that this amounts to producing “diamonds from the sky” are somewhat misleading.

There is already a significant market for CO2 and products made from it, most obviously fertilizer and fuels. This process of treating the gas as a feedstock rather than a waste product is known as carbon dioxide utilization (CDU) and usually starts by capturing CO2 from industrial flue gases—exhaust from furnaces or fuel-powered generators.

Drop in the Ocean

In 2012, carbon dioxide utilization accounted for 180 megatons of CO2 that would otherwise have gone into the atmosphere, and this has been forecast to rise to 256 megatons in 2016. But total global greenhouse gas emissions are around 35 gigatons and rising, meaning other emission-reduction strategies such as energy efficiency and renewable power currently play a much larger role.

How to Make Buckyballs Soak up More CO2

Growth of Forests Not Equal To Rising CO2 Levels

Sucking CO2 directly from the air can be a trickier process compared to more concentrated sources such as flue gases. As CO2 represents just 0.04 percent of the atmosphere, you have to treat very large amounts of air just to produce even modest quantities of the gas. However, several companies have managed to design chemical processes that are more efficient than those used in flue gas capture and produce enough industrial CO2 to be economically viable.

The new research from George Washington University in the United States demonstrates a way to directly capture CO2 from the air and turn it into carbon nanofibers, powered just by a few volts of solar electricity and solar heat. These smaller-than-microscopic structures are effectively irregular cylinders made from layers of graphene and can be used to strengthen materials for building aircraft, wind turbines and even sports equipment.

The researchers claim their new manufacturing method is much cheaper than existing techniques and so could open up new uses for the nanofibers. If they can scale the process up to the level of mass production and keep it cost-effective, this would really help grow the market. But a robust life-cycle analysis is needed to substantiate these claims.

If the technique does prove to be a cheap way of mass-producing carbon nanofibers, could it become so widely used that it significantly reduces atmospheric CO2 levels, a claim attributed to the authors (but not in the peer-reviewed paper)? Current production of carbon nanofibers is around 500 tons a year and predicted to increase to around 10,000 tons a year. But this is still far from the hundreds of millions of tonnes that would be needed to make a meaningful contribution to greenhouse gas levels.

It is difficult to see at this time how a market for carbon nanofibers could develop to these levels. One exception might be if the price of nanofibers became so low we could start using it to cost-effectively strengthen building materials. This would also provide an interesting addition to current techniques that turn CO2 and other chemicals and waste products into stable solids.

Developing viable direct air capture techniques is a major research challenge that will hopefully one day have far-reaching impact. It could help make CO2 a resource that is available anywhere in the world where a capture unit can be installed. Carbon nanofibres will play a part in the portfolio of technologies that make up carbon dioxide utilization, again an area that is growing in application and promise.

Sadly it’s most unlikely this interesting breakthrough will be scaled up to limit climate change in the way that has been claimed. We believe that due to the size of the potential market, carbon nanofibers alone will not be able to make a significant impact on CO2 mitigation. However, many transformative technologies and materials start with a niche area before moving into more mainstream uses. And perhaps this could be the case for direct air capture nanofibers. After all, change has to start somewhere.