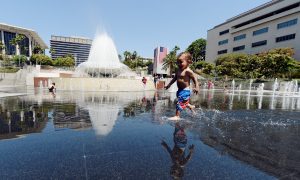 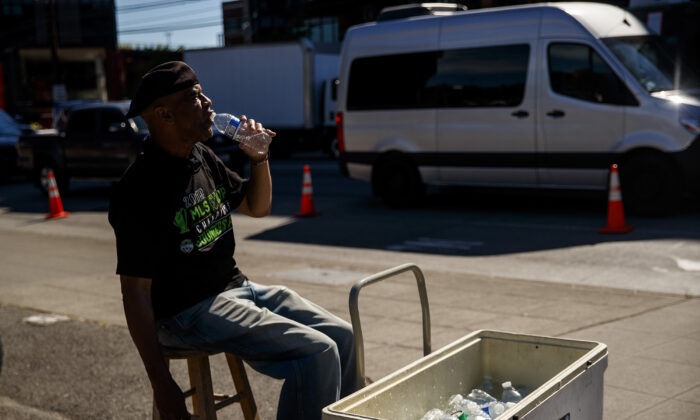 We Aren’t ‘Weather Wimps.’ Seattle Just Isn’t Prepared for Deep Heat. Why Would It Be?

SEATTLE—Sir Mix-a-Lot has a couple of choice words for the folks out there in social media land calling Seattleites weather wimps.

“Many here don’t have AC … dumb (expletive),” said the Seattle native who’s best known for his rap hit “Baby Got Back.”

Justin Shaw is a little more diplomatic. The citizen forecaster behind the Seattle Weather Blog said he would politely invite the name-callers to spend a night or two in a Seattle house with no air conditioning.

“Let them try to sleep in a 92 degree bedroom,” he said. “Then they can come talk to us and tell us how they feel.”

Our buildings, our roads and our attitudes are not geared for severe heat. Why would they be?

While more people in Seattle have air conditioners now than ever before, it remains the least air-conditioned metro in the nation with only 44 percent of homes with air conditioning.

Humans adapt to weather like they adapt to altitude, University of Washington biologist Ray Huey explained during a stretch of hot days in 2004.

Rushing straight from sea level to the top of Mount Rainier would leave most people dizzy and sick. A similar thing happens when a region accustomed to moderate temperature is suddenly swamped with sweltering weather, he said.

“If we had spent a few weeks in Phoenix and came to Seattle during this heat wave, we wouldn’t be impressed by it at all,” Huey said. But if you’re unused to the heat, he said, you suffer the first couple days “then after that you pretty much get used to it.”

Bodies that aren’t used to high heat need a little time before sweat glands and other systems work efficiently and effectively, according to Dr. John O’Kane, sports-medicine professor and head physician for the UW Husky teams.

As people acclimate, their blood becomes thinner and their sweat more diluted so fewer precious electrolytes are lost, he has explained.

There’s also a mental component to it as well, he said.

“When you see the same weather day after day, you’re dressed for it, you’re expecting it, it may not feel as hot.”

Granted, there was a time when perhaps the word wimp applied.

It was 2001 and Seattle was in the midst of a heat wave that, at the time seemed wretched with highs in the low to mid-80s.

“When it gets above 75, I complain often and loudly,” one resident said then.

“This is insufferable,” another said.

Our moaning drew the condemnation of columnists in Texas and the Midwest where 100-degree heat had left 10 dead.

“Y’all probably are a little bit of weather wimps,” Jacquielynn Floyd, a retired columnist for The Dallas Morning News, said at the time. “Why, if it was 80 degrees here right now we would build a campfire, put on buffalo robes and start dancing in the street.”

But that was back when 80 degree weather was unimaginable. Now, for the first time in the 125 years of recorded weather history, Seattle is experiencing three days in a row with triple-digit temperatures. Before this, we had clocked in at 100 only three other times … total.