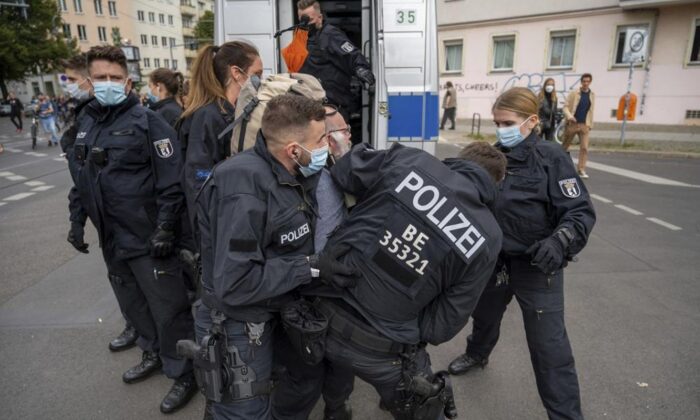 Police restrain a demonstrator during a protest against coronavirus restrictions in Berlin, Aug. 28, 2021. (Christophe Gateau/dpa via AP)
By Jack Phillips