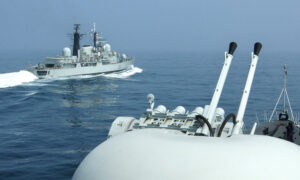 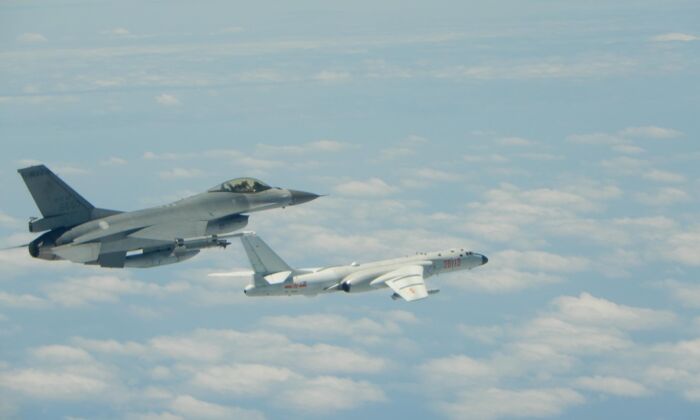 ‘We Are Watching You’: Taiwan Publicizes Interceptions of Chinese Fighter Jets and Bombers

Taiwan’s military has publicized an interception of People’s Republic of China (PRC) military aircraft that encroached on the contested East China Sea and Ryukyu Islands area near Taiwan. It marks the first time that Taiwan has released video footage of such interceptions, which have grown more frequent as Beijing continues to escalate its military maneuvers in the region.

“We are watching you,” Taiwan’s Ministry of National Defense said in a Facebook hashtag in a post on May 11 that included photos and a video of the Taiwanese Air Force’s encounter with a bomber and an electronic surveillance plane from the People’s Liberation Army.

The Chinese regime military aircraft that ventured into the western Pacific on the morning of May 11 consisted of multiple H-6K bombers, a Y-8 transport, a Tu-154 surveillance aircraft, Su-35 and J-11 fighter jets, and a KJ-2000 airborne early warning aircraft.

It was the first time that the Su-35 fighters were sent over the Bashi Channel, according to Taiwan’s defense ministry, which also assured the public that Taiwan’s air force is fully capable of monitoring PRC naval and air operations and to “take effective responsive measures to ensure national security.”

Observers say that the high-profile release of photos and video is a public gesture by Taiwan that the democratic island nation is taking a hardened stance toward the Chinese regime’s incursions into Taiwan’s eastern sea area.

“The continuous incursions by Chinese People’s Liberation Army aircraft and warships into the area surrounding Taiwan and Japan’s Okinawa is a deliberate provocation by the Chinese regime. It is a prelude to war,” said Michael Tsai, former Taiwan minister of national defense.

Tsai also called for the Taiwanese government to coordinate with Japan and the United States on the future interception of Chinese aircraft and warships, and said that Taiwan must take necessary steps to “deter aggressive behavior posed by China’s People’s Liberation Army.”

Just recently, a former chief of Japan’s naval forces has also called for Taiwan and Japan to increase military ties and exchanges in response to Beijing’s escalating provocations.

China has continued to ramp up its military maneuvers and aggressive posturing in the East China Sea and the area surrounding Taiwan. In January, Beijing activated a controversial air route closely adjacent to the centerline of Taiwan Strait, a move widely perceived in Taiwan as a provocation.