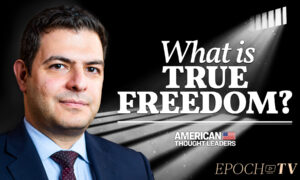 Sohrab Ahmari: The Perversion of Freedom and the Spiritual Crisis of Our Age
0
Share Now
TelegramFacebookTweetEmailTellMeWeReddit
Copy Link 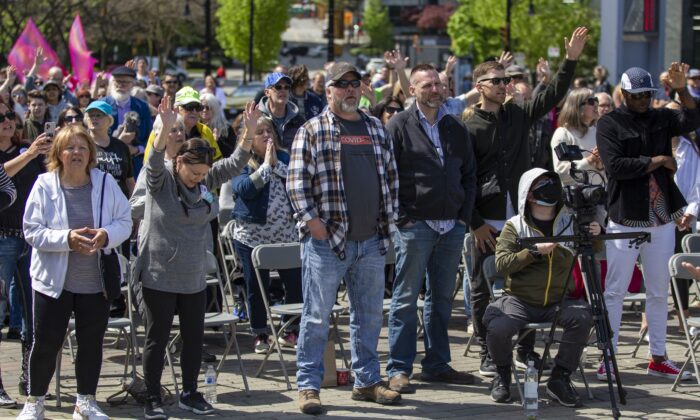 People take part in a “worship protest” at Jack Poole Plaza in Vancouver on May 2, 2021. (DeYoung Photography)
Canada

‘We Are Not Backing Down’: Court Decision Sparks ‘Worship Protests’ in BC

Since a B.C. judge ruled in March that health orders to close churches are justified but preventing protests is not, “worship protests” have sprung up across the province, providing a legal loophole for people of faith to assemble.

“I attend every protest I possibly can wherever I am, because I believe we are being coerced and verbally abused into surrendering our rights, and it is my dutiful choice as a citizen to defy what I feel to be unjust mandates,” Victoria resident Jeremy MacKenzie said in an interview.

“It’s phenomenal,” he said of the experience of attending the protests. “Some extended worship times and a lot of people being blessed in God’s presence and with one another in fellowship.”

Former 700 Club host Laura-Lynn Tyler Thompson told The Epoch Times that she was “desperate for church this entire year” so she initiated worship protest gatherings in Vancouver.

“We’ve been under for months and months, no church allowed. Well, we’ve decided to take it to the street, and that’s exactly what we’re doing. So now we’ve got 400 people showing up to the Olympic flame [at Jack Poole Plaza in downtown Vancouver] on Sundays,” she said.

A YouTube vlogger who has run for politics at the federal, provincial, and school board levels and who also speaks at many secular freedom protests, Thompson said the worship rallies have become “pretty much the most phenomenal thing in my whole life. If there’s ever something I feel called to, I think it’s that.”

On Jan. 8, the Justice Centre for Constitutional Freedoms (JCCF) filed a constitutional challenge on behalf of three churches and four individuals against public health orders in British Columbia that prohibited public protest and in-person worship services. Together, the petitioners have received dozens of $2,300 tickets.

On March 18, Chief Justice Christopher Hinkson of the Supreme Court of B.C. struck down the ban on outdoor protests in place from Nov. 19, 2020, to Feb. 10, 2021, but permitted the shutdown of worship services to continue.

The JCCF appealed on March 31, arguing that Hinkson did not explain why religious services were banned while riskier in-person gatherings could continue. Ironically, however, permission to publicly protest paved a way for people to praise and petition God in prayer.

VanIsleThreads.ca is the online hub for freedom rallies across Vancouver Island. Nathan Moyer, who also lives in Victoria, has been a sound man at some of them and led worship at others.

“I come with my van, a gas generator, and tons of PA gear, and the organizers get the people, speakers, and direct the events,” Moyer said in an interview.

“It’s been fun, incredibly rewarding. There’s a little compensation in it for me, but ultimately I am driven by a patriotic duty to God and country that is irresistible to me.”

Moyer says “fellowship, prayer, Bible reading, assembly under the banner of protest” are typical, but Sunday, May 16, was more novel. During a rally at the B.C. legislature, participants re-enacted the biblical event where the walls of Jericho fell.

Earlier this month, Pastor Art Lucier of Kelowna Harvest Fellowship church married a couple outdoors at a worship protest in Kelowna. Hundreds assemble at his weekly gatherings in Kerry Park, including Linda Price.

Price, who describes herself as “a First Nations woman who has seen so much hurt, loneliness, isolation, abuse, and suicide,” said in an interview that she very much values the gatherings.

“I live alone. I need to be around people who love and are loved. I need to reach out to the sister or brother who’s down and out and bring them to a gathering and say, ‘Do you see these people here? They love you too,’” she said.

“We need to gather together to lift each other up and to encourage and give hugs to the hurting. It’s not near enough to even think for a second that Zoom calls will do, because they won’t. People need each other.”