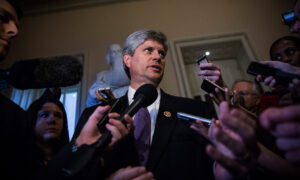 ‘We Are Hunting You:’ Republican Vermont Candidate Says She Received Threatening Letter

A Republican running for a seat in the Vermont House of Representatives said she received a threatening letter and posted a picture of the letter to Facebook.

The letter to Deserae Morin, who is running for office for the first time, said, in part: “We are hunting you. My comrades will kill you and the Constitution. … No equal rights for Republicans. Socialism is here. Open season for Republican death in Vermont.”

The letter is made with blocks that appear to be cut out from printed text.

“My entire platform consists of protecting individual liberty, ensuring small government, reducing taxes, increasing personal choices and a deep commitment to the Constitution. … Apparently, these are things that make the Socialists want to kill me. … How telling,” Morin said.

Morin said she’s not surprised by the threat considering everything that’s been going on in politics.

“I’m really not surprised by the letter, considering everything that is happening in our country right now,” Morin told The Daily Caller.

“We see calls for aggressiveness from prominent Democrats and acts of radical leftist violence happening regularly and with increasing intensity. But I will admit that I never expected this to happen to me. For me, this is about Liberty vs Totalitarianism. This is fascism in action, subscribe to my ideology or face violence.”

She also said she’s particularly bothered because it appeared someone used her own campaign materials to craft part of the letter. She said the police have been alerted. Sgt. Ben Katz, a Vermont State Police detective, told the Burlington Free Press that it’s the first death threat he’s seen sent to a candidate in his 13 years with the office.

“It appears that the current environment is just so hostile,” said Sgt. Ben Katz, who is investigating the report. “It’s really sad.”

Morin called for people to support and vote for candidates who support “individual liberty and small government.”

The latest threat fits into a pattern of threatening letters sent to Republicans recently.

A letter was sent to the home of Sen. Susan Collins (R-Maine) on Monday, prompting an investigation. The writer claimed the poison ricin was inside the letter.

And a few weeks ago, a Utah man was arrested on suspicion of having sent letters to President Donald Trump and other officials containing ricin. Although the letters initially tested positive for ricin, officials later said there were ground castor beans inside.

Castor beans are the main ingredient of ricin and are toxic by themselves if swallowed.

At the same time, top Democrat officials have called for confronting Republican candidates and officials.