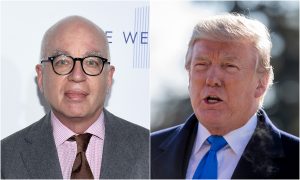 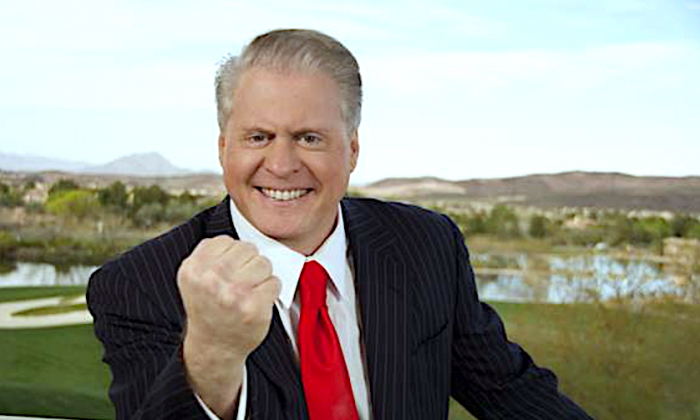 The book is expected to be published this coming October.

The book will be “about all the psychological ways that [have made] Donald Trump become probably one of the three most important men ever walking on the earth,” Root said.

He believes that Trump may have been talked about more than anyone else besides Jesus and Muhammad.

Root was a 2008 presidential candidate. However, when asked if he would put himself on the 2020 presidential ballot, Root answered: “In 2020, I will support Donald Trump. I think he is going to win by a wide margin.”

Root told The Epoch Times that the reason he decided to write a book about Trump was that Trump has been his hero ever since he was 18 years old, and he remembers reading about Trump in The New York Post day and night when he was at Columbia University.

He also wrote an article about how Trump would make a great president, right before Trump announced his candidacy for president. Trump saw the article and sent Root an email of appreciation. This started a relationship between Root and Trump.

Root later was the opening speaker for Trump’s kick-off rally in Las Vegas during the 2016 presidential campaign.

“I really was the first guy who figured out that Trump was going to be the president of the United States,” Root claims.

Root said that he drafted the original tax cut plan for Trump during Trump’s presidential campaign.

In an exclusive interview with The Epoch Times, Root revealed a few Trump rules that are written in his new book.

“The only thing that matters is winning,” Root said.

Trump always wants to win, and to him, coming in second place means coming in last, Root said.

Root believes it is the goal of winning that made Trump successful in both business and politics. Even though Trump did not always win, he has always aimed forward, looked forward, and looked at his goal, and the goal is always winning.

“He is the president of the United States. You don’t get more No. 1 than that,” Root said. “You got to believe yourself and just ignore all the losses.”

Rule No. 2: Losing and Failing

The second Trump rule is about how to deal with losing and failing.

“You have to fail all your way to the top,” Root said.

Besides working as a popular radio and TV host and being active in politics, Root has written 12 books. The first book he published was “The Joy of Failure.” Root believes failure is very important, because every time failure happens, something can be learned.

According to Root’s analysis, successful businesses fail all the time, but they keep moving forward toward their goals.

Root said that what these people never understood was that it is impossible to run businesses that never fail.

“What matters is you learn from your failure, and you build a bigger and better business,” Root stated.

Trump has failed many times in business as well as in the political field, but he ended up becoming a billionaire and the president.

“What if, out of 10 times, he fails 9, but No. 10 changes America forever in a positive way? Then I think he did pretty good,” Root concluded.

Root has lived his own life following this principle.

The third Trump rule is to use others’ criticism to drive yourself to be more successful.

The fourth rule is ego and believing in yourself.

“If you don’t believe in yourself, who else will do so?” Root asked.

Root agreed that sometimes you can have too much ego, but he said, “Without ego, you cannot make success.”

Root said that Trump is always on the battlefield and always in the game, regardless of whether he fails or succeeds.

Although Trump’s effort to build a border wall has not succeeded so far, Root said, “I will bet you all the money I have in the world that Trump will eventually build the wall, because his action will lead to his success.”

“No complaining, stop protesting, get your butt off the couch, off the bed, and get to work,” said Root.

Root’s father was a butcher and one of the founders of the New York State Conservative Party. Root remembers that many Republican leaders, including Ronald Reagan, came to his father’s butcher store looking for endorsements from his father.

Besides supporting Trump in 2020, Root’s plan for his own future is to become another Rush Limbaugh.

He recommended his new book, “Trump Rules,” to all 2020 presidential candidates.

“They might learn a thing or two! LOL, but Trump and I aren’t telling you everything. We leave out a few tricks,” Root said with a wink.