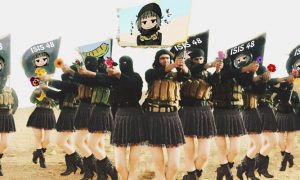 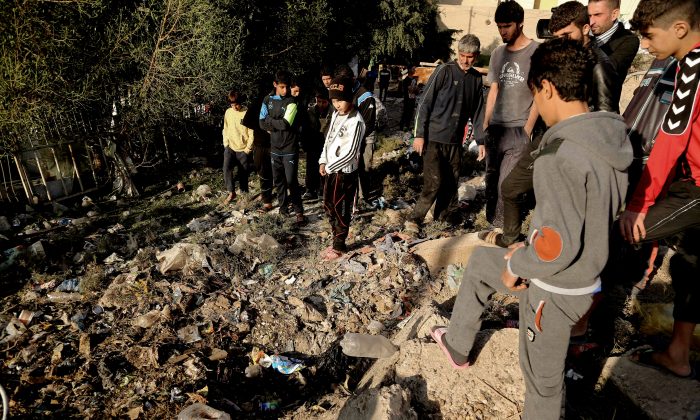 Wave of Attacks Kills at Least 15 Civilians Across Iraq

BAGHDAD—A wave of attacks across Iraq killed at least 15 civilians on Wednesday as government forces pressed on with their offensive to dislodge ISIS terrorists from a major city west of Baghdad, officials said.

No one immediately claimed responsibility for the attacks, though they bore the hallmarks of ISIS.

In the Shiite-majority town of Khalis, about 50 miles north of the Iraqi capital, two explosives-laden cars were detonated. The first car was parked inside a bus station and that explosion killed three and wounded 10, a police officer said.

In and around Baghdad, five bombs went off in commercial areas, killing eight civilians and wounding 35, two police officers said. Three medical officials confirmed the casualty figures. All officials spoke on condition of anonymity as they were not authorized to release information.

The attacks came a day after Iraqi security forces reported progress in recapturing some areas in the western city of Ramadi, 80 miles west of Baghdad, from ISIS terrorists who control large swaths of land in western and northern Iraq and in neighboring Syria. The ISIS group has declared a self-styled caliphate on the territory under its control.

On Wednesday, the Iraqi security forces’ advance was slowed by snipers, roadside bombs and booby-trapped buildings, military spokesman Brig. Gen. Yahya Rasool said. Rasool said some of the families that were trapped in Ramadi had managed to flee the city and reached safe areas.

In May, the Iraqi government suffered a major blow when ISIS fighters took over Ramadi, the capital of sprawling western Anbar province and Iraq’s Sunni heartland. It was the government’s biggest defeat since ISIS swept through areas in the country’s north and west, including Iraq’s second-largest city of Mosul, in the summer of 2014.

On Tuesday, Iraqi counter-terrorism forces pushed into the Dubbat and Aramil neighborhoods, about 2 miles from the city center, said Gen. Ismail al-Mahallawi, the head of operations in Anbar province. The Iraqi air force and the U.S.-led international coalition were providing air support to troops on ground and bombing ISIS targets, he said.

Hours after Iraqi government announced the gains, Col. Steve Warren, a spokesman for the U.S. military in Baghdad, said there were 250 to 350 ISIS fighters in Ramadi, as well as several hundred outside the city on the northern and western perimeter.

“I think the fall of Ramadi is inevitable,” Warren told Pentagon reporters, cautioning that it will take some time. “It’s going to be a tough fight.”

Since overrunning Ramadi, the ISIS group has destroyed all the bridges around the city. It also demolished the Anbar operations command and fanned out into the city’s residential areas to set up less conspicuous centers of command.