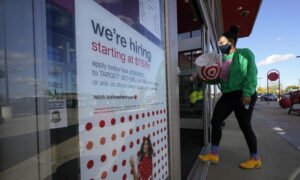 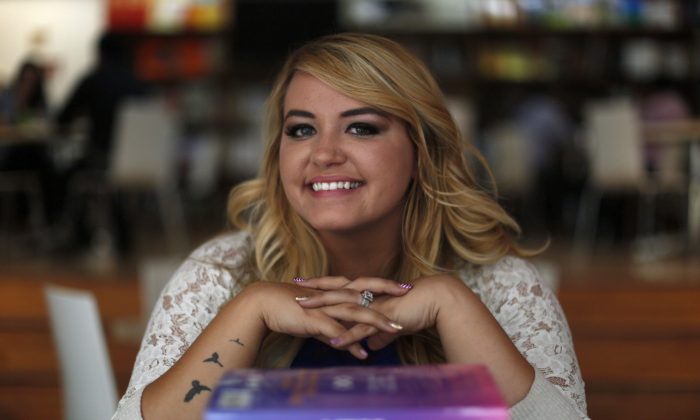 Author Anna Todd at a bookstore in Mexico City in 2015. Wattpad is venturing beyond the digital realm as the Canadian-born online storytelling service propels its writers into film, TV, and books. (The Canadian Press/AP, Dario Lopez-Mills)
Business

TORONTO—The Canadian online storytelling platform Wattpad has proven to be a popular hangout for passionate readers eager to embrace the work of new writers, particularly when it comes to fan fiction tales inspired by pop stars, actors, and literary characters.

Now the Toronto-based company is increasingly looking to propel the work of its creative stars more into the mainstream, with partnerships for books, TV, and films.

And it was recently announced that Wattpad will work in tandem with HarperCollins Children’s Books and its executive editor, Sara Sargent, on choosing teen stories already shared on the platform to be brought to market through traditional publishing. French fiction publisher Hachette Romans will also translate Wattpad stories in print and digital book formats beginning in September.

“Not only do we have phenomenal stories from unique, diverse storywriters all over the world, we also have audience and data behind it,” said Aron Levitz, head of Wattpad Studios. “We know what countries their stories are biggest in.

“There’s a lot of things that change from the moment we work with a producer or publisher to put out a movie or publish a book. But when you’re starting with a built-in audience, people who love that property, you have a way higher chance of success than you would if you’re just taking a dusty manuscript out of a drawer.”

Among the company’s biggest success stories is Anna Todd, who transitioned from a Wattpad reader into one of its most popular authors. Todd’s “After” series inspired by superstar boy band One Direction netted millions of reads, transforming the fledgling Los Angeles-based fan-fiction writer into a bestselling publishing powerhouse. The “After” series has been translated into more than 30 languages and a film adaptation is on the horizon.

“She had a brilliant voice,” said Levitz. “She talked about subject matter that was interesting, new and different, and it didn’t matter that the character’s name was Harry Styles—she’s a good writer, period. So, it was easy for us to take that to Simon & Schuster and say: ‘Let’s change his name to Hardin Scott and publish this thing.’ And it was easy for us to go to Paramount and say: ‘This is a major motion picture, let’s get this thing into development.”‘

Wattpad’s analytics can also offer clues about whether interest is surging or waning in a particular artist or project, he noted.

“It can be quite predictive in not only finding the next boy band or seeing which franchises have peaked, because those superfans that are writing that fan fiction or reading that fan fiction, when they start leaving to do other things that’s a notion we can look at.”

Wattpad’s success has been fuelled by the fact that writers love the interaction they get from the community of readers who are thrilled to engage with their favourite authors, Levitz added.