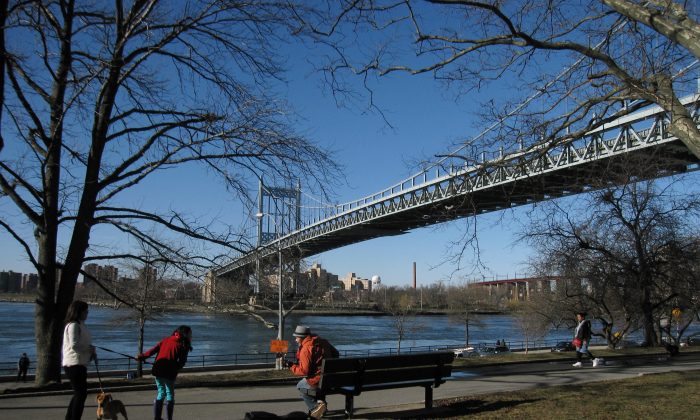 A file photo of one of New York's waterfront parks in Astoria that borders the city's coastline. (Beth J. Harpaz/AP)
New York

NEW YORK—New York City and its more than 500 miles of coastline now have a guiding vision for design. The Metropolitan Waterfront Alliance (MWA) worked with a multi-disciplinary task force and took input from over 100 stakeholders to create what they call “Guiding Principles for Waterfront Edge Design.” MWA represents over 600 civic organizations, companies, utilities, union organizations, and others.

The guidelines are in reaction to post-Superstorm Sandy recovery work that includes rebuilding and resiliency projects throughout New York City and the larger region. Many of those projects are being run by the mayor’s and governor’s offices. Providing support to existing projects are the federal competition Rebuild by Design and state program NY Rising.

Set to be expanded upon in the fall of 2014, the current outline has seven recommended principles to follow in waterfront development. They include advising development companies to enhance ecology, commit to community input, and encourage maritime use. Cost-effective solutions and greater public access to the waterfront are also included.

MWA said in an announcement that decisions being made now, and actions being taken now, will impact the city later.

Some of these involve land use, regulatory, and environmental decisions.