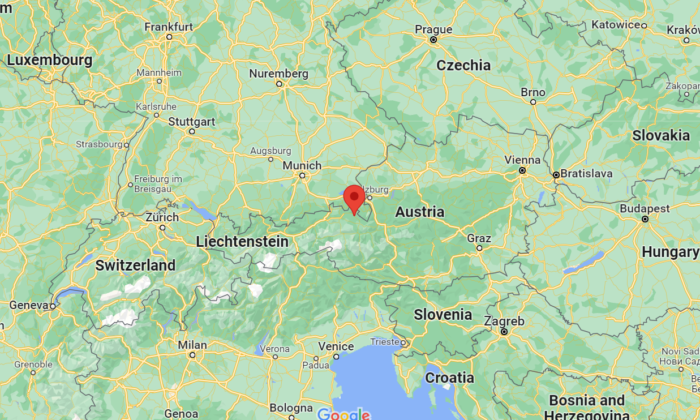 A map shows the location of the Lamprechtsofen cave near the village of St. Martin bei Lofer, in Austria, on Feb. 18, 2022. (Google Maps)
Europe

BERLIN—Rescuers in Austria on Friday tried to reach three Polish researchers who got trapped when water from melted ice or snow entered the cave where they were working, authorities said.

Officials in Salzburg said a rescue operation was launched late Thursday in the Lamprechtsofen cave near the village of St. Martin bei Lofer.

Unusually warm temperatures caused the meltwater to enter the cave, making it dangerous for the researchers to leave, the authorities said.

Authorities said they have not been able to make contact with the researchers yet but described the trio as “complete professionals, at least one of whom knows the cave well.”

“We are optimistic because they are well equipped,” said Monika Feichtner, head of Salzburg’s cave rescue service. The cave contains rescue alcoves with blankets and emergency equipment, she said.

She said officials hope the water will recede in colder weather.