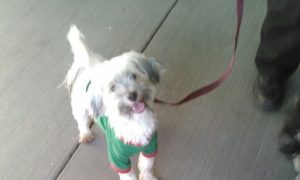 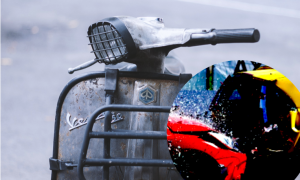 This unlucky dog found itself frozen to a manhole cover in Vladivostok, Russia, where the day’s high-temperature averaged 5 degrees above zero Fahrenheit.

The poor pup would have perished, or torn off half its tongue trying to escape if a bystander hadn’t cared enough to get involved.

Whoever it was, the passing rescuer happened to have a bottle of water, which, while probably cold, was far warmer than the frigid metal of the manhole cover.

The man slowly poured the water over the dog’s tongue, the Daily Mail reports.

Next, he can be heard calling for help from another passerby.

The video jumps, so it is impossible to tell if the dog pulled itself free or if the man, alone or with help, managed the break the icy bond.

In any case, the dog did indeed get free. The video continues to show the apparently unconcerned animal walking around the area sniffing at the ground, unruffled by its brush with fate.

The rescuer calls the dog over and scratches its neck, prompting the dog to display its apparently uninjured tongue.