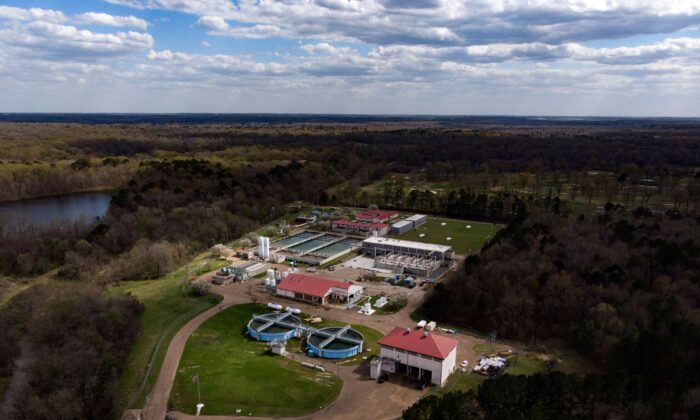 Water pressure has been restored and is largely normal in the city of Jackson, according to officials in Mississippi.

“All of Jackson should now have pressure and most are now experiencing normal pressure,” the city said in a statement on Sept. 5.

Mississippi Gov. Tate Reeves, a Republican, said that state officials intervened and helped restore pressure because the city could not produce enough running water on its own.

“I’m very happy to report that we have returned water pressure to the city. The tanks are full or filling. There are currently zero water tanks at low levels,” Reeves told reporters during a press conference.

Mechanical issues at the O.B. Curtis Water Plant cropped up in early August, triggering bottled water distribution and calls for residents to conserve water and then to boil water. Flooding and heavy rainfall later that month led to Jackson Mayor Chokwe Lumumba, a Democrat, declaring a water system emergency.

On ABC’s “This Week” over the weekend, Lumumba blamed “the age and the wear and tear on our system,” as well as “the effects of climate change.”

The boil water advisory is still in effect in the city, which has approximately 150,000 residents.

Federal Emergency Management Agency administrator Deanne Criswell said on CNN on Sunday that “it’s still too early to tell” when residents will get clean drinking water.

“It’s going to happen in phases,” she said, adding that officials were focused on bottled water distribution and increasing water pressure so water could be used to flush toilets and for other purposes.

According to the governor, the low-quality water is being flushed through the system. After that’s done, officials are hopeful that clean water will be available again.

“Health officials tell me this morning that the plant is pumping out cleaner water than we’ve seen for a very, very long time. We will keep you updated on that,” he said.

Due to the pressure restoration, students resumed classes on Tuesday.

Jackson Public Schools said that the pressure levels at each school were nearly all suitable, except for the pressure at Forest Hill High School.

Students and staffers who typically go to classes and work there were told to report to alternate sites for the time being.

“We will continue to monitor our water pressure daily, as it often fluctuates, and be prepared to make the necessary shifts to our daily school schedule,” the school system said.