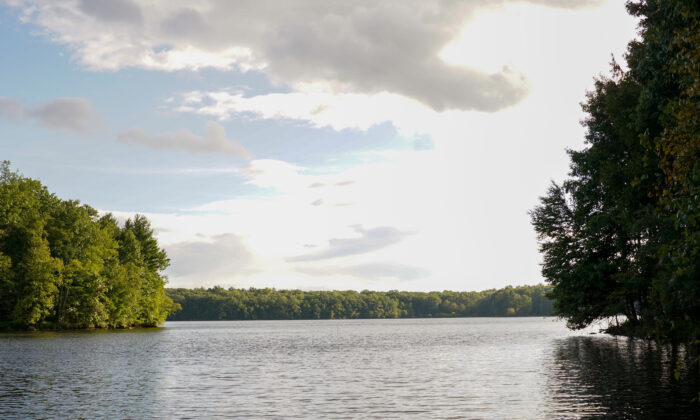 “Water is a very scarce resource. It is recommended that we only use what we really need. Use dishwashers instead of running water, minimize the length of time in the shower, and try not to water the grass—it will come back to life after it rains,” Tawil told The Epoch Times.

The city entered the summer with full reservoirs, but the unusually dry season had been chipping away at the water levels until the recent rainfall, according to past city council meeting minutes.

July is one of the driest months in the city’s recent history, with only one-and-a-quarter inches of rain, Tawil said.

This year’s dry season affected a big portion of Hudson Valley and western New York; the drought also advanced down to Long Island in late August, according to the New York Department of Environmental Conservation.

As fall came, rainfall began to catch up.

During the second week of September, the city saw a good amount of rain, about six inches, but much of it was absorbed by the dry grounds instead of entering the reservoirs, he said.

Then the following rainfall gradually brought the levels back up.

“We need not one storm, two storms, or three storms. We need continuous rain events. We are also hoping for a lot of snow this year—although it causes trouble on the road,” Tawil said.

In the past year, the reservoirs had a good amount of rain, 60 inches, but not much of snow, he said.

The city depends on two primary water sources, rainfall and snowmelt, which replenish the three reservoirs in a 1,500-acre watershed on the northeast side of the city.

The reservoirs are Monhagen Lake, Highland Lake, and Shawangunk Lake.

In the past year, the city had 7,649 active metered water accounts that serve a population of around 28,400, according to an annual water report published by the city.

Among them, 334 accounts are in two nearby towns, Wallkill and Wawayanda.

The discrepancy is due to un-metered water use including firefighting, water main breaks, and street sweeping, the report says.