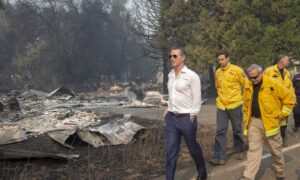 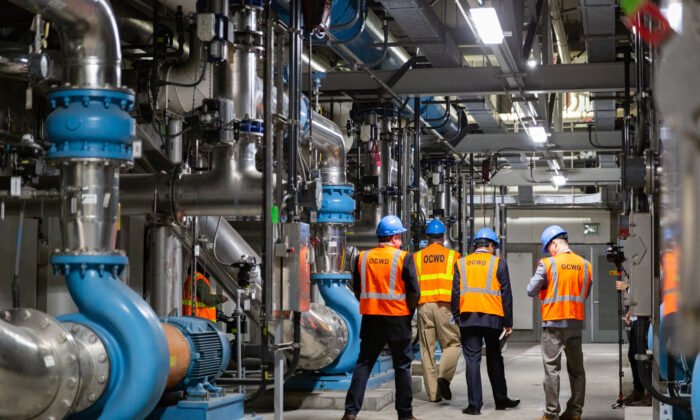 The Orange County Water District (OCWD) has entered into a partnership with the U.S. Army Corps of Engineers (USACE) that will allow for increased water storage and habitat restoration behind the Prado Dam near Corona, Calif.

It made the announcement May 5.

The change comes as Lt. General Scott A. Spellmon signed off on a feasibility study on April 22 that proposed an update to the dam’s water control manual. The change will maximize the amount of storm water collected behind the dam. It’s expected to provide low-cost groundwater supplies while reducing reliance on the Colorado River Delta.

OCWD President Steve Sheldon said the initial schedule was three years, and it ended up taking closer to nine years due to federal government limitations. Nevertheless, he said, the project turned out to be a big success.

“This is another arrow in our quiver to provide long-term water supply reliability to Orange County residents,” Sheldon told The Epoch Times.

The Prado Dam, currently owned and operated by the USACE, can capture stormwater up to 498 feet above mean sea level (amsl) and 505 feet amsl during storm season, but the new water control plan will allow for 505 feet amsl year-round.

“The main concept is we can keep more water behind Prado and then have a timed release in the spring and early summer to put it in our percolation basin so during the winter when heavy rain occurs, the water doesn’t just rush out to the ocean,” Sheldon said.

“During the storm season, the flood area [behind Prado] is kept at 495 amsl, and they keep it a little less because they can get unexpected storm events and they don’t want to experience that with an already near-capacity basin. So during the heavy times, they kept it at 495, and now with this study they can keep it at 505 amsl.”

This increase in long-term water reliability will bring an extra 6,000 to 12,000 acre-feet of water into the Orange County Groundwater Basin, which in turn will supply 60,000 more people per year with water, a press release from the water district said. Stormwater from the dam is “recharged” at OCWD’s Anaheim and Orange facilities to provide 2.5 million county residents with water.

The region surrounding Prado Dam will also see additional economic benefits of $4 million per year as a result of the low-cost water, since the district will no longer need to purchase that water, the press release said.

The study is also set to recommend restoring 606 acres of “valuable riparian and associated habitats within the Prado Basin.” The restoration is said to improve the ecosystems by removing non-native vegetation and planting native plants.

Now that Spellmon has signed the final approvals for the study, it will next go before U.S. Congress for ecosystem restoration authorization.