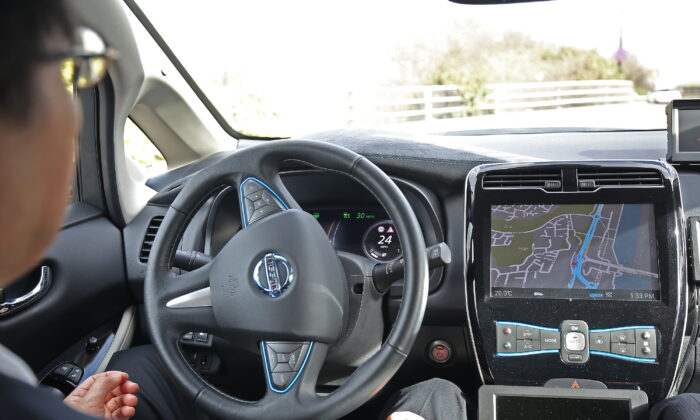 Motorists in self-driving cars will be allowed to watch TV on built-in screens, but the use of mobile phones will remain prohibited, the UK government confirmed on Wednesday.

Transport minister Trudy Harrison said the update to the Highway Code—the UK’s rulebook for road users—will be a “major milestone in our safe introduction of self-driving vehicles,” which she claimed will “revolutionise the way we travel, making our future journeys greener, safer, and more reliable.”

Following a public consultation on the rule change, the government said it’s modifying the application of a current rule that prohibits drivers from being able to see non-driving related content on “television-receiving apparatus” while driving to allow self-driving vehicle users to view information of any sort on the in-built apparatus of their vehicle.

It’s because self-driving vehicle users are allowed to turn their attention away from the road as they are not considered responsible for how the vehicle drives as long as the self-driving mode is correctly turned on in valid situations.

The government clarified that viewing contents on in-built infotainment apparatus is allowed because the apparatus is “designed to cut out such activities when the vehicle issues a request to resume control and so will assist in managing the driver’s attention.”

Handheld devices, which do not have the same function, will remain prohibited while driving or stopping in traffic except when calling emergency services or making a contactless payment at drive-throughs.

The update to the Code will make it clear that motorists must be ready to take back control of vehicles when needed.

The new measures were described as an interim measure by the government to support the early deployment of self-driving vehicles.

A full regulatory framework is expected to be in place by 2025.

There are no vehicles approved for self-driving on Britain’s roads, but the first could be given the go-ahead this year.

The DfT announced in April 2021 that it would allow hands-free driving in vehicles with lane-keeping technology on congested motorways.

Existing technology on the market such as cruise control and automatic stop/start is classified as “assistive,” meaning users must remain fully in control.

Harrison said the new self-driving technology “is developing at pace right here in Great Britain and we’re ensuring we have strong foundations in place for drivers when it takes to our roads.”

“In doing so, we can help improve travel for all while boosting economic growth across the nation and securing Britain’s place as a global science superpower,” the minister said.

The development of self-driving vehicles could create around 38,000 new jobs in Britain and be worth £41.7 billion to the economy by 2035, according to the Department for Transport.