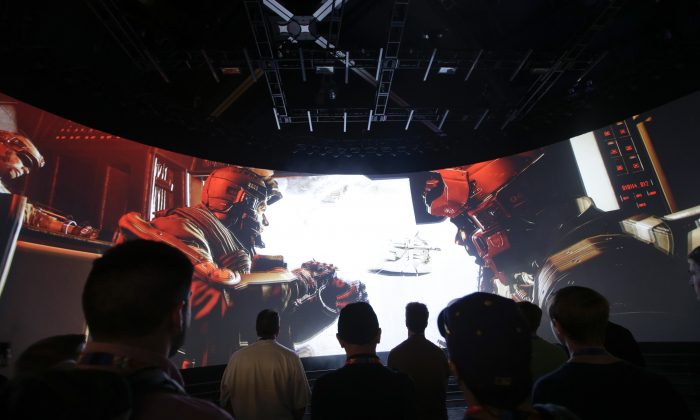 A study released Wednesday by live streaming company Twitch attributed 25 percent of newly released game sales to those games being played on Twitch. The study found that viewers were more likely to buy a game within 24 hours of watching a stream of the game in action.

While the majority of online gamers freely stream themselves playing, many of the most popular streamers with millions of followers are now regularly paid or sponsored by game publishers, a practice that was recently investigated by the Federal Trade Commission.

The FTC said on Monday that Warner Bros. will settle charges it deceived consumers by not properly disclosing it paid influencers with big followings on YouTube to promote the action game “Middle-earth: Shadow of Mordor” in 2014.

The government said Warner Bros. hired YouTubers such as Felix “PewDiePie” Kjellberg, who boasts over 46 million subscribers, through an advertising agency and instructed them to publish the sponsorship disclosure where consumers couldn’t easily spot it.

As many outside the gaming realm continue to wonder why anyone would want to watch someone else play a video game online, the audience for such content continues to swell to staggering heights. Twitch’s daily active users have grown this year from 8.9 to 9.6 million.

And it’s not only the most popular online players who influence sales. The Twitch study found that mid-tier streamers — those with audiences between 33 and 3,333 concurrent viewers — are responsible for 46 percent of game sales.

The interactive industry tracker Newzoo said in a February report that over 470 million gamers watch online gaming content on a regular basis and that number is expected to surpass 500 million viewers in 2016.

“The convergence of video and games means game companies can now entertain people across all screens at every moment of the day,” said Peter Warman, CEO of Newzoo. “I think game companies are realizing this opens up new revenue possibilities — not just selling games — but advertising and content rights.”

Warman noted that online video is more than twice as effective to reach consumers as TV. He said 35 percent of gamers use YouTube to discover new titles, while only 14 percent do through TV commercials.

While most online gaming content is viewed on YouTube and Twitch, Facebook is now attempting to lure gamers to its own streaming service, Facebook Live. The social media giant partnered earlier this summer with “Overwatch” and “Call of Duty” publisher Activision Blizzard Inc. to broadcast live games and e-sports events on the social network.

The medium also no longer seems relegated to the indoors anymore. A few savvy gamers have begun streaming themselves playing mobile games like “Pokemon Go,” the augmented reality sensation that’s played on smartphones in the real world.