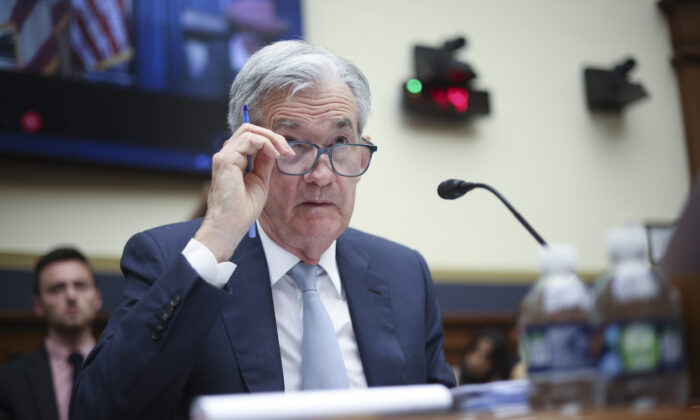 Recent financial trades by Federal Reserve Chair Jerome Powell and former Vice Chair Richard Clarida were determined by the central bank’s independent watchdog to have not violated any laws or ethics rules.

The Office of the Inspector General said it is closing its investigation into the pair’s investment activities from 2019 to 2021.

“We did not find evidence to substantiate the allegations that former Vice Chair Clarida or you violated laws, rules, regulations, or policies related to trading activities as investigated by our office,” Inspector General Mark Bialek said in a July 11 letter (pdf) to Powell. The letter was released on the OIG website on July 14.

Bialek said in his letter that the investigations continue into the presidents of two regional Federal Reserve banks—Robert Kaplan of the Dallas Fed and Eric Rosengren of the Boston Fed—both of whom retired from their posts after financial disclosure forms in September 2021 showed they had been extensively engaged in the financial markets in 2020. Both had said they were in compliance with then-current ethics rules.

The OIG report was criticized by Dennis Kelleher, the president and CEO Better Markets, a nonprofit watchdog group that advocates for stronger financial regulation. In a statement, he said the report “was very narrow, omits key information, and is not credible.”

The OIG opened separate investigations into several Fed officials in late 2021 after financial disclosures and public reporting showed they had bought and sold stocks, real estate investment funds, and other securities amid turbulence in the market in the spring of 2020, after the COVID-19 pandemic emerged.

The trades took place when the senior officials were privy to discussions about Fed decisions that would likely affect those markets.

The central bank in 2020 launched rescue programs and bond purchases to stave off the economic fallout from the pandemic, sparking questions from critics about potential conflicts of interest because the officials could have profited from the Fed’s actions.

In response to the revelations of the questionable trades, the Federal Reserve in October 2021 adopted sweeping rules on the investing and trading activities of Fed officials, stipulating that they would be blocked from investing in individual stocks and bonds, have to give 45 days advance notice of any trade and obtain prior approval from ethics officials, and have to hold the investments for at least a year.

Clarida had stepped down from his post on Jan. 14, just two weeks before his term was due to expire.

In a statement after the letter’s publication, Clarida said that he was “gratified by the conclusions.” The investigation “determined conclusively that I did not violate any statutes, rules, regulations, or standards,” he added.

The inspector general’s report said that Clarida acknowledged in the fall of 2021 that he had “inadvertently omitted” four trades from required financial disclosure forms, one from calendar year 2019 and three from calendar year 2020. Clarida then filed amended forms with the federal government’s Office of Government Ethics. The office concluded that the trades in several index-style investment funds did not constitute conflicts of interest.

The amendments he had made to these disclosures, along with his original report, showed he had sold at least $1 million of shares of a U.S. stock fund on Feb. 24, 2020, and later purchased shares in the same fund three days later on Feb. 27, 2020.

Just a day later, on Feb. 28, 2020, Powell announced that the COVID-19 pandemic “poses evolving risks to economic activity.” He added that the Fed was “closely monitoring developments and their implications for the economic outlook” and “will use our tools” to support growth.

The report from the OIG did not specifically address the issue of the timing of Clarida’s trades, but stated that overall, the trades did not violate any laws, regulations, or policies.

Tony Fratto, a spokesman for Clarida, said on July 14 the sale was intended as a pre-planned rebalancing of his portfolio. But after the initial sale, Clarida decided to buy the shares back instead of shifting the funds into other investments. Fratto said the fund Clarida invested in—an iShares exchange-traded fund managed by asset manager BlackRock—was approved by the Fed and would be acceptable even under its current, more stringent rules.

An unnamed Fed spokesman had told Reuters in October 2021: “Vice Chair Clarida’s financial disclosure for 2020 shows transactions that represent a pre-planned rebalancing to his accounts, similar to a rebalancing he did and reported in April 2019. The transactions were executed prior to his involvement in deliberations on Federal Reserve actions to respond to the emergence of the coronavirus and not during a blackout period. The selected funds were chosen with the prior approval of the Board’s ethics official.”

Powell’s own investment portfolio came under scrutiny over his transactions in December 2019, prompting the OIG to investigate, Bialek said in his letter.

The investigation found that a financial adviser for the Powell family trust carried out five trades on Dec. 11, 2019, during a sensitive period around a Fed policymaking meeting when senior officials aren’t supposed to trade.

But the inspector general concluded that the trades were conducted by a financial adviser and that neither Powell nor his wife were aware of them.

“We found no evidence that you or your spouse had contemporaneous knowledge that the five transactions were executed during the blackout period. As such, we found that you did not violate the [Federal Open Market Committee] trading blackout rule,” Bialek wrote.

Kelleher issued a lengthy statement in a press release on the Better Markets website, saying that the inspector general ignored a list of what he called the Fed’s “applicable policies” that Powell and Clarida “appear to have violated.”

One policy on the list said that Fed officials “should carefully avoid engaging in any financial transaction the timing of which could create the appearance of acting on inside information concerning Federal Reserve deliberations and actions.”

He noted that both Powell and Clarida had possessed “material nonpublic information.”

Kelleher further noted that the inspector general is hired by and reports to the Fed chair, rather than is independently appointed.

“A person like the Chair asking a subordinate like the IG to investigate his boss is simply not credible, particularly, where, as here, the boss has already repeatedly stated publicly that no laws or rules were broken,” he said. “An after-the-fact investigation by the subordinate concluding that the boss’ prior public statements were accurate is not a credible investigation.”

Kelleher commented on the OIG’s investigation into Powell saying that while it had reviewed Powell’s December 2019 transactions, it did not review the ones Powell made “in the middle of the Fed’s pandemic response on October 1, 2020 when he sold between $1 million and $5 million worth of stock from his personal account, apparently one of his largest trades ever.”

The Better Markets president also disputed the inspector general’s conclusions with regard to Clarida’s February 2020 transactions, with regard to claims that it was a pre-planned rebalancing effort.

“[I]t was disclosed many months later that there was an undisclosed sale of the same stock just days before, on Feb. 24, 2020, which would seem to prove that the trading was not a rebalancing and not pursuant to any preplanned program.  That trading and those contradictory claims are not mentioned by the IG,” Kelleher wrote.