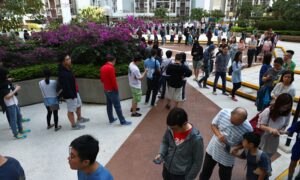 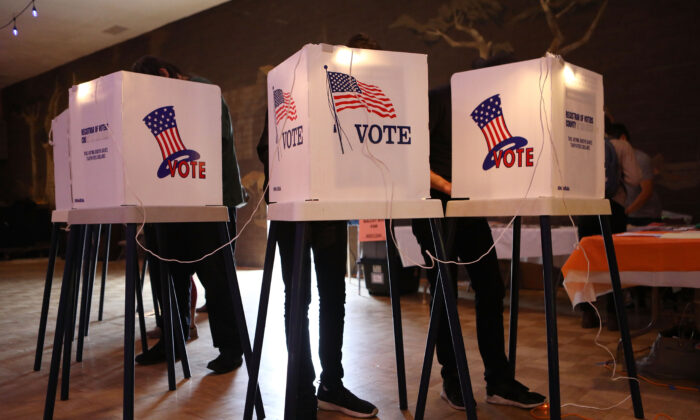 At least 2.5 million extra voter registrations are on the voter rolls of 378 counties nationwide, according to the good-government group Judicial Watch.

Democrats have long denied that voter fraud affects electoral outcomes and claims that those on the right want to crack down on voter fraud solely as a means of preventing the poor and minorities from voting. But experts say fraudulent voter registrations open the door to fraudulent voting.

President Donald Trump and Republicans have long warned about the dangers of voter fraud.

Significantly, four of the states with voter over-registrations–Pennsylvania, North Carolina, Virginia, and Colorado—are important battleground states that will figure prominently in the presidential election later this year. An unusually high voter registration rate suggests a jurisdiction may not be removing voters who have died or who have moved elsewhere, as required by federal law, according to Judicial Watch.

To reduce the likelihood of voter fraud in the 2020 elections, Judicial Watch has sent “notice of violation” letters to 19 large counties in five states, warning that the group intends to file suit against them unless they comply with federal law and remove ineligible voter registrations within 90 days.

Section 8 of the National Voter Registration Act of 1993 (NVRA), also known as the Motor-Voter law, requires that jurisdictions take reasonable efforts to remove ineligible registrations from their voter rolls. During the Obama administration, the Department of Justice was heavily criticized by Republicans and others for failing to enforce Section 8.

Judicial Watch discovered the over-registrations by analyzing data recently released by the U.S. Election Assistance Commission (EAC), an independent, bipartisan commission that was established by the Help America Vote Act of 2002 (HAVA). The EAC is responsible for developing guidance to meet HAVA requirements, adopting voluntary voting system guidelines, and serving as a national clearinghouse of information on election administration.

The Washington-based nonprofit organization, well-known in political circles, describes itself as a “conservative, non-partisan educational foundation, [that] promotes transparency, accountability, and integrity in government, politics and the law.”

“Previous Judicial Watch lawsuits have already led to major cleanups in California, Kentucky, Indiana, and Ohio—but more needs to be done,” said Fitton. “It is common sense that voters who die or move away be removed from the voting rolls.”

Nineteen counties in five states stood out for having more voter registrations than citizens residing there who are old enough to vote.

The 2.5-million figure is still an improvement over a year ago, when Judicial Watch found there were 3.5 million more names on various county voter rolls than there were citizens of voting age.

Although San Diego County in California removed 500,000 inactive names from voter rolls following Judicial Watch’s legal settlement with Los Angeles County, San Diego continues to have a voter registration rate of 117 percent, which is one of the highest voter over-registration rates in the country.

Judicial Watch says that by filing multiple friend-of-the-court briefs, it helped to clean up voter rolls in Ohio by pushing for a landmark Supreme Court ruling in 2018, in a landmark electoral integrity case called Husted v. Philip Randolph Institute.

The 6th Circuit Court of Appeals had ruled that Ohio’s process violated the NVRA, but the Supreme Court upheld an Ohio law that required the state to send address confirmation notices to all registered voters who hadn’t voted in the previous two years. The ruling had the effect of upholding a 2014 settlement agreement between Judicial Watch and Ohio, which required the state to use that same procedure as part of a regular supplemental mailing designed to identify whether registered Ohio voters had moved away—one of the steps mandated by the NVRA.