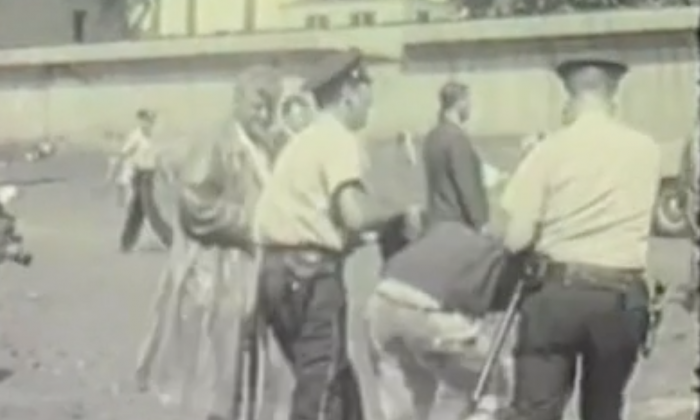 Old archive footage has emerged of a young Bernie Sanders protesting—and getting arrested—at a civil rights rally in August 1963.

The Sanders campaign has confirmed that the footage of the man wearing a hooded sweatshirt is indeed Bernie Sanders, the New York Times reports.

The footage was provided by a company called Kartemquin Films.

The Chicago Tribune has released a photo of Sanders being arrested at the same rally. At the time, Sanders was a student at the University of Chicago.

Sanders was arrested, charged with resisting arrest, and fined $25, the Tribune reports.