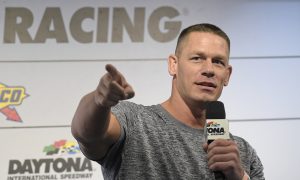 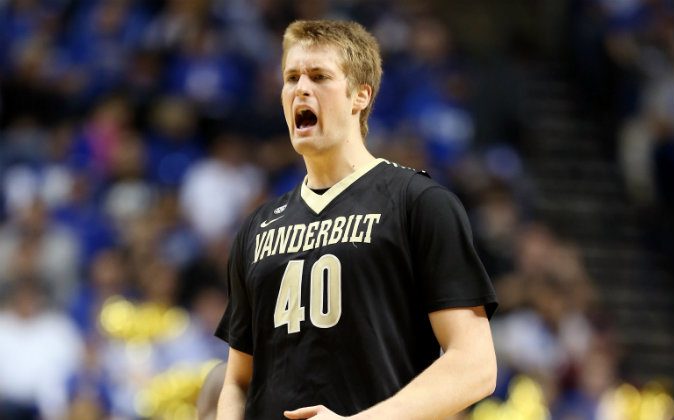 Josh Henderson of the Vanderbilt Commodores had only one career three-pointer made in his career before hitting an 80-footer against Florida. (Andy Lyons/Getty Images)
College Sports

In the finals seconds of the first half of a basketball game between Florida and Vanderbilt Tuesday night, the Gators went from tying the game to instead finding themselves down by five, heading into halftime, after one of the craziest ends to a half in basketball history.

Florida had the ball with the clock winding down (under five seconds left) before halftime when Kasey Hill fed a wide open Schuyler Rimmer in the lane for an apparent dunk. But, out of nowhere came Vanderbilt’s Matthew Fisher-Davis, who blocked Rimmer’s shot into the hands of teammate Josh Henderson with just two and a half seconds left. Henderson then turned and heaved one—from the other free throw line mind you—and swished the shot, much to the shock of Florida’s players. Watch the stunning turn-of-events here:

The shocking block and ensuing 80-foot three-pointer made for a five-point turnaround as the Commodores went into halftime with a 40–35 lead, instead of being tied at 37. They would go on to win the game—played in Florida—by the score of 87–74.