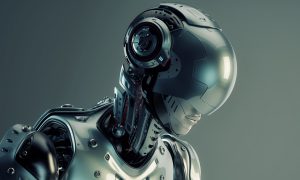 Is There a Slippery Slope From Prosthetics to Cyborgs?
0
Share Now
FacebookTweetParlerEmail
Copy Link 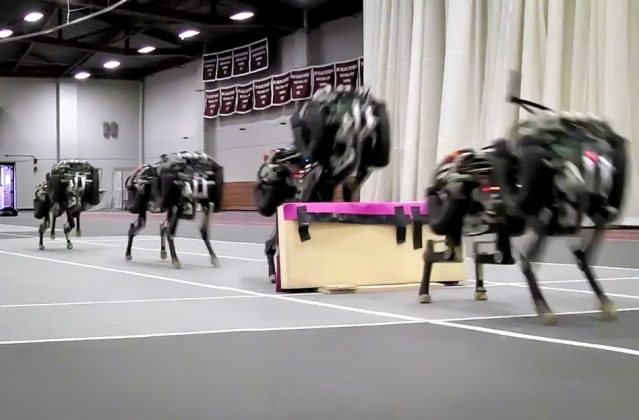 In “The Terminator,” the hostile AI Skynet deployed bulky, slow, human-looking androids to exterminate the remnants of humanity that had survived the nuclear apocalypse. In a real world scenario where AI wages war against humanity, they would probably use something smaller, and more agile and swift—robotic cheetahs, for instance.

Machines made in the image of predators in the animal kingdom are an old trope in science fiction. Now, MIT researchers have inched that fiction one step closer to reality: they’ve created a robotic cheetah that detect obstacles in surroundings and “hurdle” over them.

This Six-Legged Robot Learns to Limp Like an Animal (Video)

In a recent experiment, the cheetah was able to jump over hurdles as tall as 18 inches—half their height—at an average speed of 5 miles per hour, with a 90 percent success rate. The jumps themselves were not programmed in advance, only the ability to jump; the robot is autonomous, and only jumped after “seeing” the obstacles with a LIDAR system.

The LIDAR system uses lasers to create a 3-dimensional map of the cheetah’s surroundings, serving as its metaphorical eyes. LIDAR, which stands for Light Detection and Ranging, is the same technology used in navigational systems of self-driving cars.

As simple and intuitive as jumping is for humans, programming an algorithm that allows robots to emulate the act is a tricky process. The robot first has to calculate its distance from the obstacle, find the best jump-off point, and then increase the amount of energy its puts in its “kick” to clear the hurdle.

Just like humans who often over-jump the hurdle out of the fear of tripping, the robotic cheetah currently uses more energy than necessary to its jumps, out of the dearth of computing power.

“If you want to optimize for, say, energy efficiency, you would want the robot to barely clear the obstacle—but that’s dangerous, and finding a truly optimal solution would take a lot of computing time,” said Sangbae Kim, an assistant professor of mechanical engineering at MIT.

“In running, we don’t want to spend a lot of time to find a better solution. We just want one that’s feasible,” adds Kim.

Kim and his fellow researchers will demonstrate the robotic cheetah at the DARPA Robotics Challenge in June.