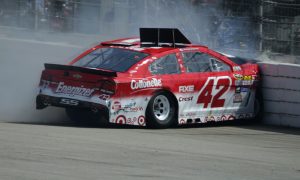 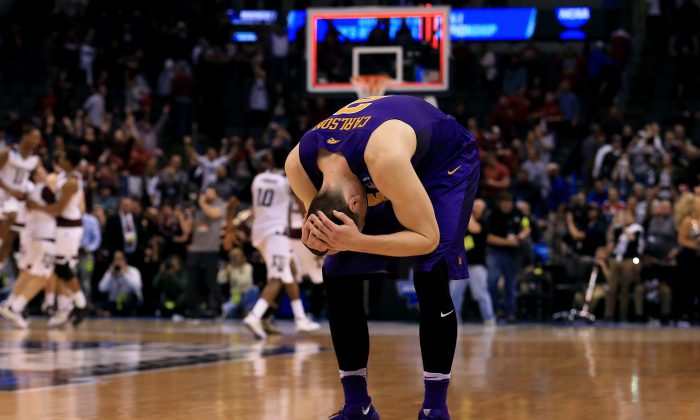 Klint Carlson and the Northern Iowa Panthers had a 12-point lead with 44 seconds left against the Texas A&M Aggies, yet they ended up blowing the lead and losing in 2OT. (Tom Pennington/Getty Images)
College Sports

The Texas A&M Aggies pulled off one of the all-time great comebacks in NCAA Tournament history Sunday night when they erased a 12-point deficit against the Northern Iowa Panthers with just 44 seconds remaining, to force overtime. They then ended up winning 92–88 in double overtime to advance to the Sweet 16.

This is how you erase a 12-point deficit in 35 seconds. https://t.co/l3eJ83wDDB #MarchMadness

Clearly the Panthers had trouble inbounding the ball against Texas A&M’s full-court press—to the tune of four turnovers in just 30 seconds—and stopped getting defensive rebounds. Still, the Aggies had to make shots and they did just that, converting on each of their last six field goal attempts in regulation to tie the game.

The only time Northern Iowa successfully inbounded the ball during that final half-minute of regulation, they threw a baseball pass to a wide open Klint Carlson, who immediately dunked it t0 extend the lead back to five points with 17 seconds left. Maybe in hindsight, it would have been better for him to dribble the ball around (to run clock) and hope he can still bury some free throws.

For Northern Iowa’s Jeremy Morgan, the loss came despite a career day. The 6-foot-5-inch junior guard, who averaged 11.3 points per game on the season, put up a career-high 36 points on 10-for-20 shooting and also pulled down 12 rebounds.

Meanwhile, Texas A&M’s Danuel House—who missed his first nine shots on the day—didn’t get a basket until his layup with 26 seconds left in regulation. From that point until the end of the game, the senior guard scored 16 of his 22 points to rally the Aggies.

The Aggies were led in scoring by House’s running mate—fellow senior guard Alex Caruso. Caruso scored 25 points and grabbed 9 rebounds in the win.