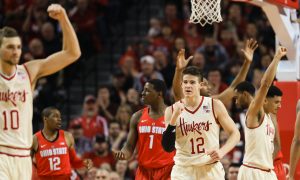 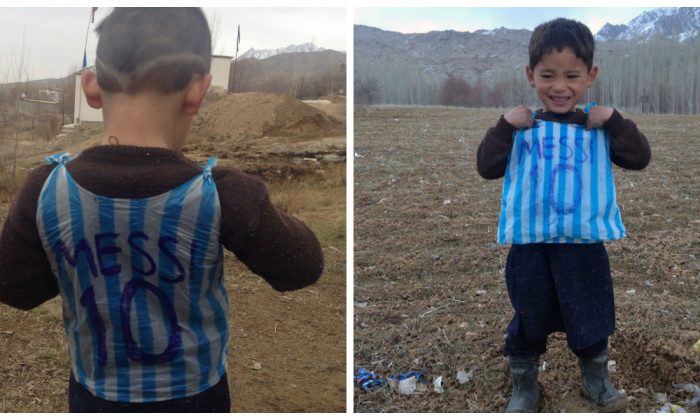 These photos were taken on Jan. 24 and were provided by the family of 5-year-old Afghan boy—and a big Lionel Messi fan—named Murtaza Ahmadi. He's wearing an Argentina football shirt made out of a plastic bag with his hero Lionel Messi's name. (STR/AFP/Getty Images)
Soccer

Murtaza Ahmadi is one happy kid.

The 5-year-old, who became an internet sensation earlier this year after a picture was posted of him wearing a striped plastic bag with Lionel Messi’s name and uniform number on it scrawled in blue ink, is now the proud recipient of a pair of signed Messi jerseys and a signed football compliments of Messi and the United Nations Children Fund (UNICEF), his father Arif Ahmadi told CNN.

Arif added that it was “one of the happiest moments” of his son’s life. He also said his son’s only regret was that Messi wasn’t able to deliver them himself, but that Murtaza had been wearing one of the shirts and playing with the football ever since they arrived.