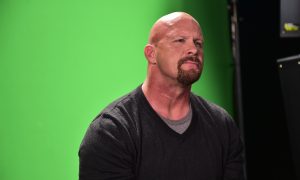 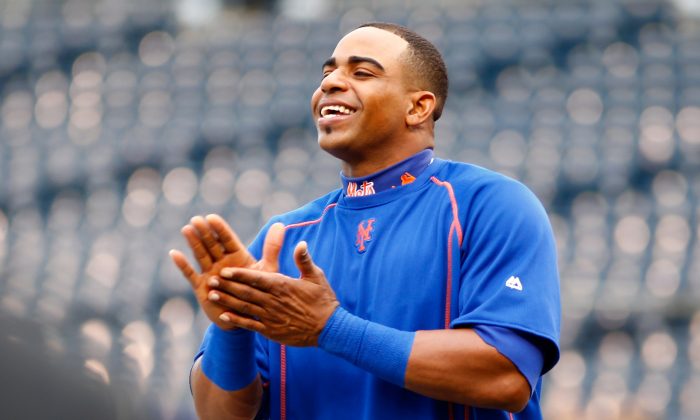 Mets outfielder Yoenis Cespedes arrived in style to spring training on Tuesday morning riding a brand-new Polaris Slingshot. He let some Mets staffers try it out.

The 3-wheel ride is one of the few rides that can overshadow teammate Matt Harvey’s Maserati.

Forget Harvey’s Maserati. Cespedes rolled up in this beauty this morning. pic.twitter.com/tPKPM5uHQb

More shots of Cespedes’s new three-wheel ride. Mets teammates even came out to see it. pic.twitter.com/29CkA5Srqf

Cespedes, who signed a three-year $75 million contract with the Mets in the offseason, was sporting a different kind of customized 3-wheel ride last September. But his latest one overshadows everything else.

As a Mets security guy said, amazing when you don’t even notice that the car parked next to it is a Maserati. pic.twitter.com/2jKtSAD6fL

This is not the tricycle I had as a kid. pic.twitter.com/c6qCOkGruK

Customizing this ride wasn’t cheap either.

Yoenis Cespedes paid $40,000 to have this Slingshot ($21,000) customized by @TheAutoFirm pic.twitter.com/ypxLCmp8U4

Cespedes can afford it though—and then some. The 30-year-old slugging outfielder has an opt-out clause after this season, making it possible for him to hit the free agent market next year when there won’t be so many outfielders available to sign.

The former All-Star was expected to get a deal well in excess of $100 million this offseason, but the Mets kept their options open and waited for the price to drop so they could bring in the player, who made a huge difference in their lineup last season.

Last year, New York was struggling to score runs when they pulled the trigger on July 31 for a deal for the two-time Home Run Derby champion.

With his bat in the lineup, the Mets—which were just 53–50 at the time, and two games out of first—went on a tear, winning 37 of their final 59 games to take the division by a full seven games.

Cespedes put up a .287/.337/.604 (average/on-base/slugging) batting line as a Met while slugging 17 home runs and driving in 44 runs in just 57 games. For his partial-season effort, the Cuban-born outfielder finished 13th in the NL MVP voting.