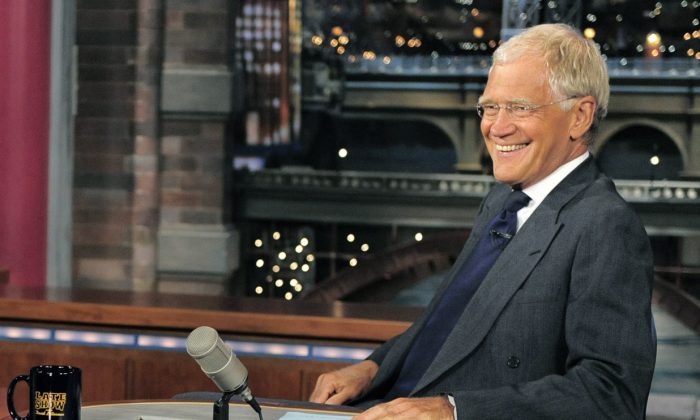 Letterman Says These Are His Favorite Songs

Barely two weeks before legendary singer Ben E. King died at the age of 76, singer and songwriter Tracy Chapman sang “Stand By Me” on “The Late Show With David Letterman.”

King, who died on Friday, had been frontman for the Drifters as well as a solo star. He was known for singing the classic song “Stand By Me.”

Letterman called Chapman’s rendition of the song “heaven.” It’s one of two songs that Letterman called “meaningful to me” since he was a kid in high school. The other song was “America,” performed by Simon and Garfunkel.

“Stand By Me,” is a love story of sorts, as a man professes his fearless will to face the dark as long as his love stays with him. It was originally penned by King, Jerry Leiber, and Mike Stoller and has over 400 recorded versions. The original version was inducted into the National Recording Registry by the Library of Congress a few weeks before King’s death.

Letterman’s other favorite song, “America,” a 1968 hit from Simon and Garfunkel’s fourth studio album, “Bookends,” is like “Stand By Me” in its solemn mood. It paints the story of a man and his companion Kathy leaving Saginaw, Mich., to “look for America.”

There was some whimsy in the song, however, as the travelers laughed about a man in a gabardine suit being a spy with a camera in his bow tie.

Letterman said of the song that he “loved it” because “it was a good song to memorize.”