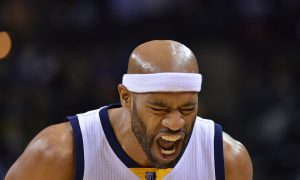 This is the matchup between two Cavaliers #1 overall picks — one deemed the savior of the franchise, and the other traded away before even playing a single game.

This is the matchup of Lebron James and Andrew Wiggins.

In his first year back with the Cavs, Lebron is averaging a customary 25.2 points, 5.2 rebounds, and 7.6 assists per game.

Meanwhile, Wiggins is still learning the ropes in his rookie season, averaging 12.6 points and 3.9 rebounds on .394 shooting.

Nevertheless, the 19-year-old Canadian phenom still holds enormous potential, which was even acknowledged as such by Kobe Bryant on his record-setting day. And we all know that young players with potential are particularly motivated when going up against the best, which can be said to be the case here.