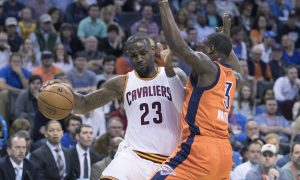 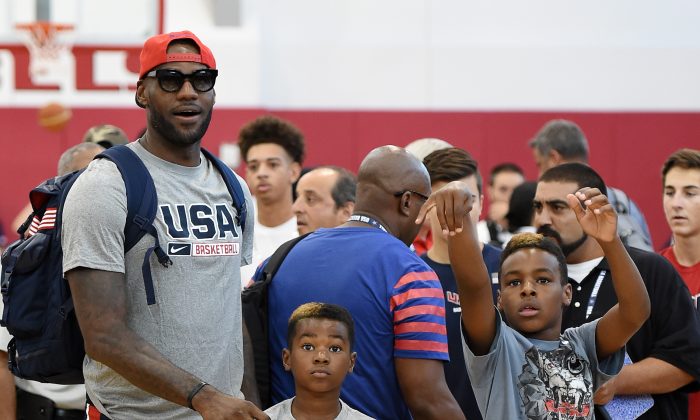 LeBron James, the four-time NBA MVP, is already one of the greatest basketball players ever and it would appear that James has two more great ones in the family ready to follow in his footsteps whenever the 31-year-old decides to hang them up.

James posted a video to his Instagram account Monday of his two sons—11-year-old LeBron Jr. and 8-year-old Bryce—from a recent tournament in Birmingham, Alabama. From the looks of it, both players have a bright future in basketball.

LeBron Jr. or “Bronny” as James refers to him, already has some dazzling moves on the perimeter and is very adept at handling the basketball.

Meanwhile his younger brother Bryce is already looking like a future long-range sharpshooter, granted it was just one shot.

James also tweeted a video of his sons’ prowess on the court with a link to their YouTube video.

To sum it up, James’ sons aren’t even in high school yet and are already impressive.

Watch: LeBron James Told to ‘Just Suck It Up’ by Fan During Game Against Oklahoma City
TOP NEWS