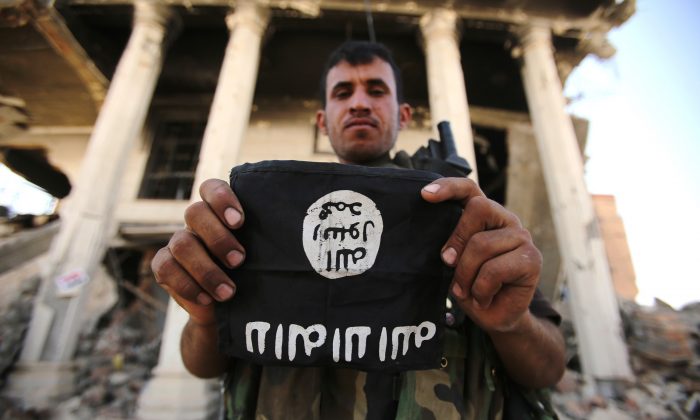 An Iraqi Shiite fighter from the Popular Mobilization units holds an ISIS patch in north of Tikrit, in the Salahaddin province, on June 7, 2015. (Ahmad Al-Rubaye/AFP/Getty Images)
Middle East

Iraqi militia fighters are going toe-to-toe with ISIS, and a new video shows a few close calls they’ve had with ISIS bomb cars in Samarra.

The video shows members of the Popular Mobilization Forces (PMF) fighting off ISIS suicide raids. The footage was released on March 3 through the PMF’s War Front Media Team.

The PMF is an organization assigned by the Iraqi government to organize militias to fight against ISIS, according to The Long War Journal. Its fight against ISIS has included guerrilla warfare and psychological operations (which this video is technically part of).

Watch the Marine Prowler Squadrons Take Their Last Flight Together

In all three segments, the PMF fighters manage to destroy ISIS bomb cars before they can harm anyone except their own drivers. The bomb cars are referred to as Suicide Vehicle-Borne Improvised Explosive Device (SVBIED).